On Friday night, Larry Madowo took The Trend to Villa Rosa Kempinski. It was all well set-up and running smoothly until a lady stormed into the room. Acting mad and ranting uncontrollably, the lady stole the attention of the audience in the room after she made it clear that Larry Madowo had impregnated and dumped her.

For close to two minutes, she managed to successfully prank Larry Madowo who stood motionless and wordless and had to ask for a commercial break before she grabbed his microphone and threw him a letter ‘from her lawyer’. To the surprise of a scared Madowo, it was prank that Nivea had planned to pull on him.

The beauty products company is planning to carry out similar pranks on popular personalities every week to check and see if they will play it cool (#PlayItCool). The incidence that happened on live TV left many of the presenter’s fans with some interesting thoughts. Below is a video of the prank and a couple of reactions from fans. 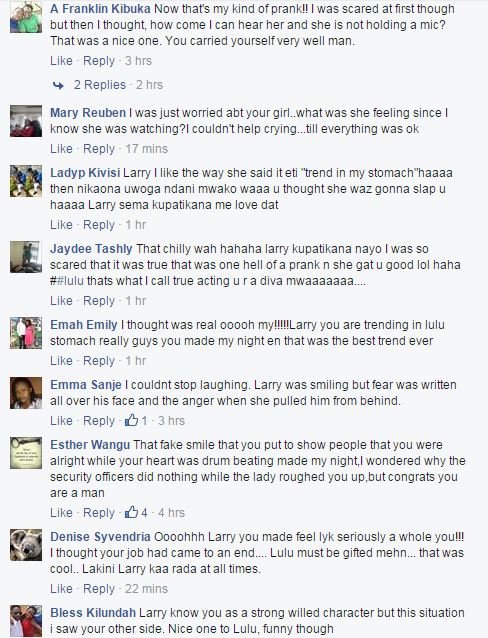 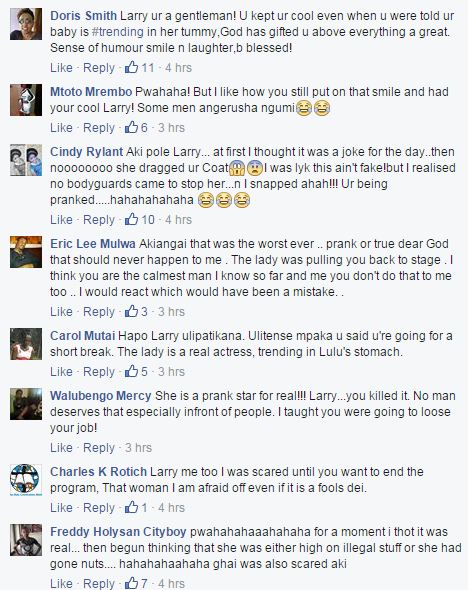 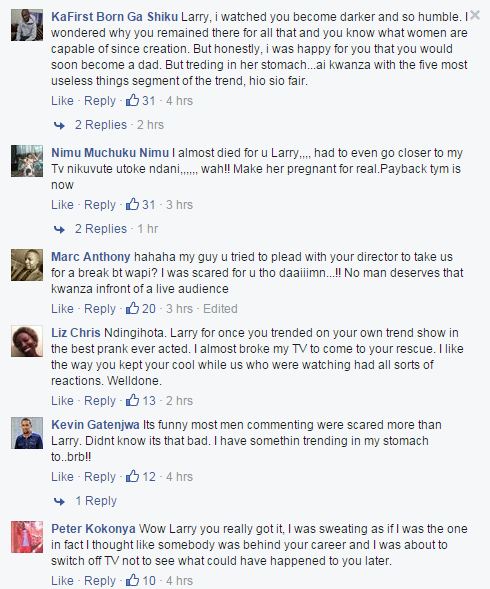 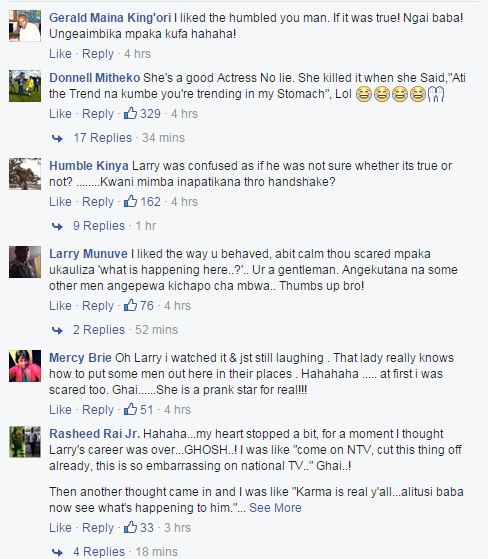 Loading...
INSPIRATIONAL: With No Functional Hands or Legs, Electrician Uses His Mouth to Do Repairs < Previous
Hilarious Posts by Kenyans on Social Media to Take Your Monday Blues Away Next >
Recommended stories you may like:

President Kenyatta Announces Incentives To Woo Tanzanian Investors
Suluhu: What Uhuru Said that Made me Want to Visit Kenya