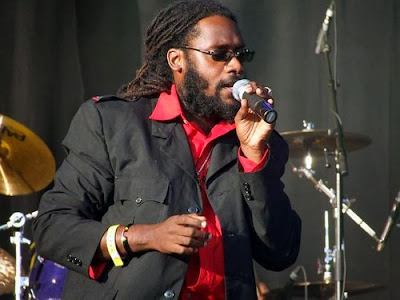 Jamaican reggae star, Tarrus Riley who was in the country for the Safaricom Live concert, has revealed his desire to record a track with a Kenyan artiste.

Speaking to the Star newspaper last week, he said he had not reached a decision any specific artist yet, but Wyre was top on his list. He said that he regards the singer very highly and sees him as the best artist he can work with in Kenya right now.

“I consider working with every artiste as long as we work on some good music. Not just in Kenya but from anywhere in the world, simply because I love music. I met Wyre when he came to Jamaica and together we did like an acoustic and a performance at Bob Marley’s Tuff Gong studios and it felt so cool. Wyre’s music is not the ordinary stereo-type kind of music that’s just beats and blah…blah…blah. It has class and quality,” he said.

On his love for Kenya, Mr. Riley said it is the only African country he feels at home.

He said: “I travelled for 36 hours from Jamaica through to Miami, New York, Abu Dhabi to Nairobi, just to show how much I adore and love this country. I so wanted to be here to celebrate with my Kenyan brothers and sisters.”

Doctors Graft Man’s Hand To His Leg to Keep it Alive < Previous
PHOTOS – Chipukeezy in Dubai Next >
Recommended stories you may like: