By Ken   /   Wednesday, 11 Dec 2013 03:30AM   /   Leave a Comment
After news of Mandela’s death broke, controversial Senator Mike Sonko posted a photo of himself with the icon.
This was when everyone who has had a photo-op with the former South African leader was sharing pics on social media. Sonko, not to be left behind had to do the same.
Only problem was that the politician has never met Mandela.

On his Facebook page, Sonko posted the obviously photoshopped pic of himself with Mandela.
Obviously photoshopped because from it, Mandela looks 10 years younger, while Sonko is still the same. Also, he forgot that Mandela was almost the same height as Obama while he (Sonko) is quite short.

This was the photo. 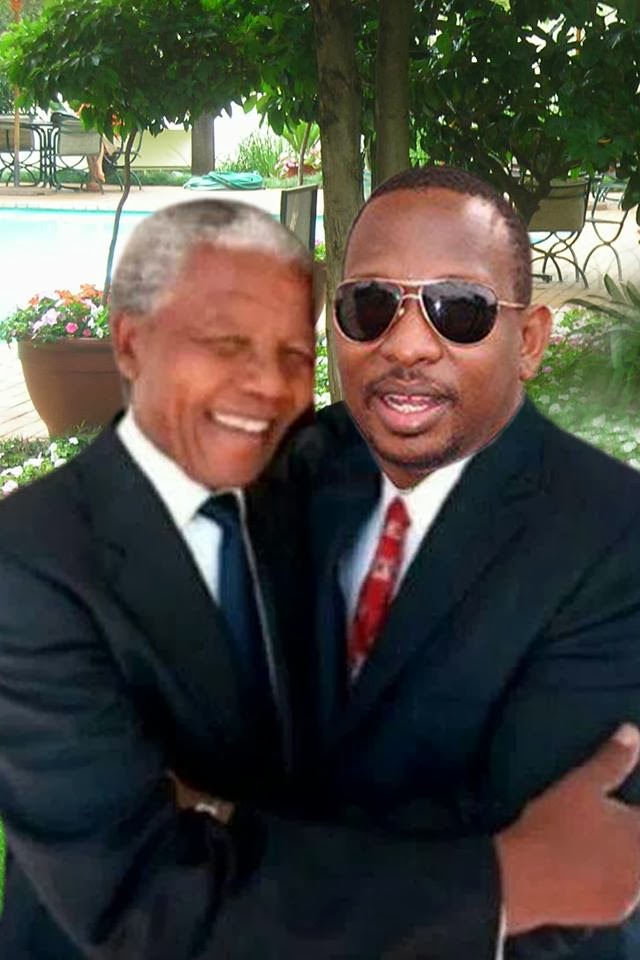 All of Sonko’s previous controversies, from sleeping on tarmac, to abusing Caroline Mutoko never get out of our borders. This time however, the story has been picked up by major news organizations worldwide.

Britain’s ‘Independent’ was among the first, running the story under the headline ,

Australia’s News.com.au also had the story, and so did the Huffington Post, The International Business Times and The Sun. 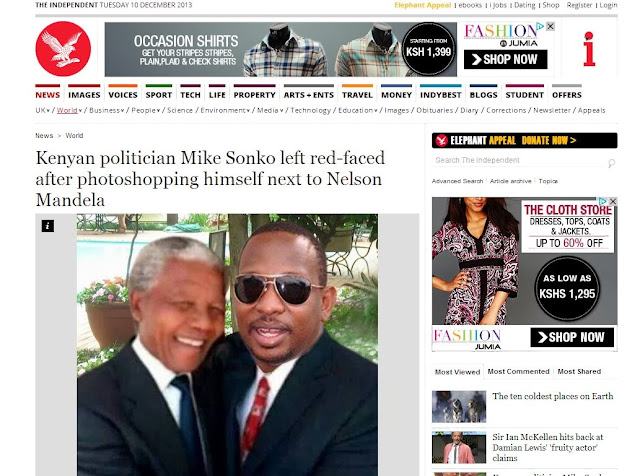 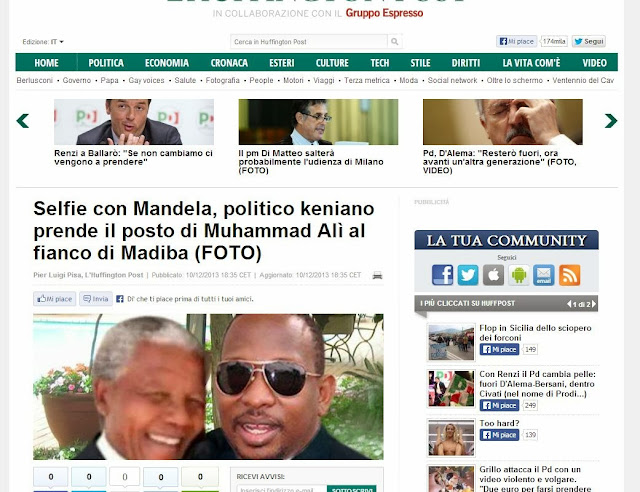 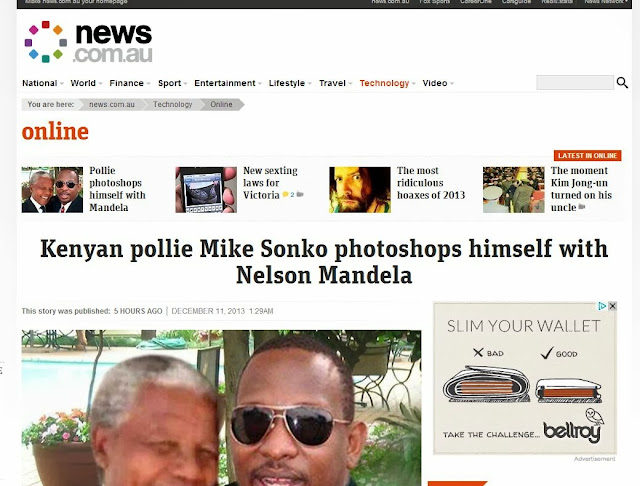 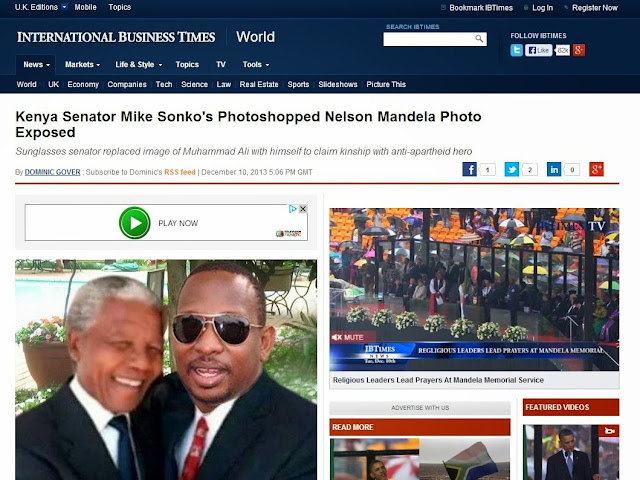 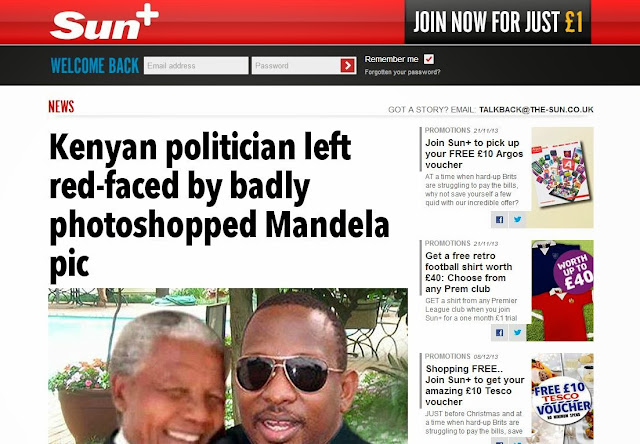