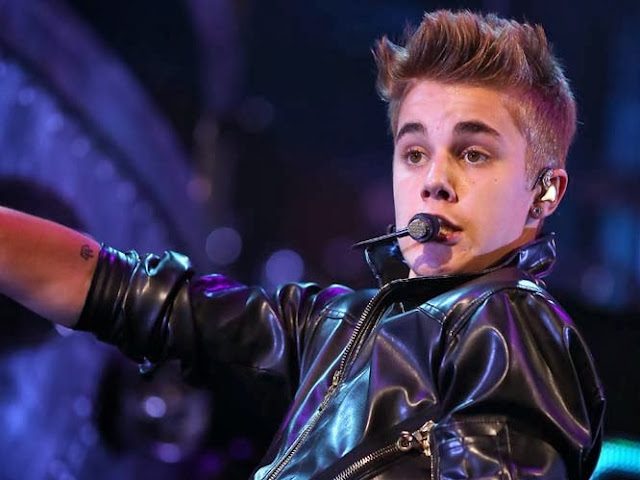 Justin Bieber says he’s retiring from music.
The 19-year-old pop star shot to fame in 2009 with his debut album My World.

But during an interview Tuesday with America’s Power 106 radio station he said he’s calling it quits.

“Um, I’m actually retiring, man,” Justin is shown saying with a straight face in a video of the sit-down obtained by E! News.

A spokesperson for the Baby hitmaker declined to issue comment. However, a source told the outlet Justin was bluffing.

“Of course it’s not true,” the insider said.

Justin has been the subject of scathing tabloid reports for several months amid allegations of reckless driving and other bad boy behaviour.
On Tuesday morning, X17Online reported catching the pop star arriving at Power 106 in Los Angeles in a “giant cloud of suspicious smoke” that billowed out of his car, igniting rumours he had been smoking marijuana.

The singer addressed the negative press surrounding him while speaking to 106.

“People think I’m arrogant, I’m not, I’ve always been a caring and giving person,” he said, adding despite his retirement claim: “I’m here solely for my fans and for the music.”

Justin previously opened up about his struggle to cope with celebrity gossip.

Last year, he admitted it got so bad he turned to his mentor, Usher, for guidance.

“I got to the point where I thought, ‘I don’t want to do this. I just want to be normal.’ It was difficult because I’d never gone through anything like that,” Justin told Fabulous magazine, adding that he’s learning to be more resilient.

“Usher was like, ‘Prepare to have this for the rest of your career because it’s not going to stop.’ He’s gone through some stuff and most artists go through their fair share of bull. That was just my first time.”

Zimbabwe To Rename Victoria Falls < Previous
VIDEO Tour of Billionaire Flavio Briatore’s New Magnificent Resort in Malindi Next >
Recommended stories you may like: