Hilarious – Here’s a Picture of Mandela’s Fake Interpreter as a Child…Familiar Figure?

By Ken   /   Wednesday, 18 Dec 2013 03:20AM   /   Leave a Comment
South Africa was left in extreme humiliation after news that the sign language interpreter at Mandela’s memorial was a fake, who used made up signs for hours.
This is the guy who stood just a few feet from world leaders including US President Barack Obama, raising a lot of questions about the security at the event.

Away from that, someone has noticed some incredible resemblance between the fake interpreter and this child who is one of Kenya’s most photoshopped.

Are they father and son or one and the same person at different ages? 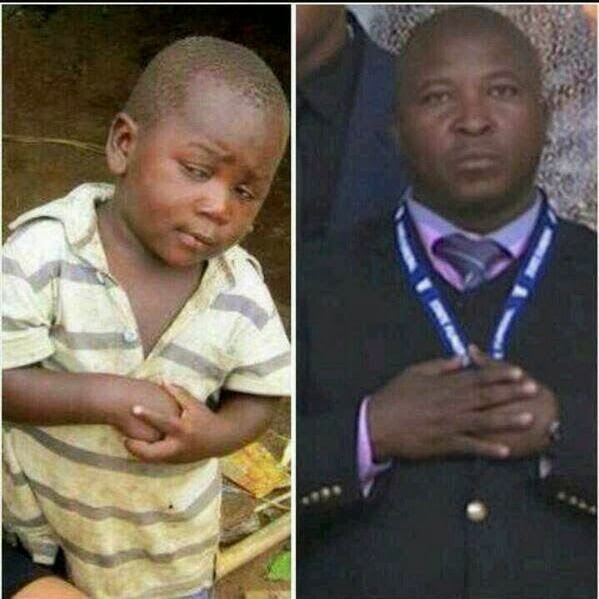 PHOTOS – Chipukeezy in Dubai < Previous
Sonko Unapologetic About His Embarrassing Mandela Photoshop Next >
Recommended stories you may like: