Simon Cowell To Convert To Judaism? 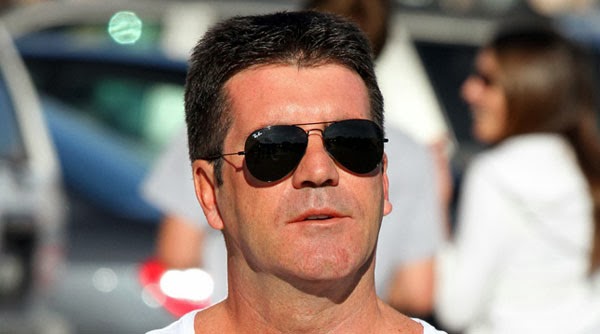 Simon Cowell has sparked speculation that he could convert to Judaism after he publicly donated nearly £100,000 in support of the Israeli army.
The 54-year-old impresario, who was raised a Roman Catholic, pledged the cash to the Friends of the Israel Defence Forces at a lavish gala to impress his pregnant girlfriend Lauren Silverman.
Reports suggested that the 54-year-old media mogul was embracing the Jewish faith ahead of the birth of his first child with the New York socialite.
The X Factor boss was even planning a secret trip to Israel in a bid to feel closer to Silverman, a practising Jew, sources claimed.
“Simon is getting increasingly excited about becoming a daddy,” one insider told the Mirror.
“He really is embracing fatherhood and wants to be the first person to cradle his newborn son. He is open to reason on the subject of religion and the faith in which his son is brought up.
“But he is naturally inquisitive and really wants to visit Israel so that he can make a more informed decision.”
Cowell’s father, Eric, was Jewish. The TV mogul has previously expressed little interest in religion.
He is reportedly happy to pay homage to his girlfriend’s Jewish roots by having a traditional Jewish ceremony if the pair walk down the aisle next year.
“Simon has told pals he’s excited to discover his Jewish roots and has always felt a connection to Judaism in some way,” an insider told Heat magazine.
“He’s been reading books about Jewish history and is open to bringing up their child with Jewish traditions. Lauren has explained to him how important her roots are to her and he’s happy to embrace that.”
Marilyn Monroe converted before marrying Jewish playwright Arthur Miller, and actress Isla Fisher converted to Judaism after three years of study to marry British comedian Sacha Baron Cohen .
– IB Times
PHOTOS – This Sh 20 Million Aston Martin DB 9 Was Spotted in Nairobi < Previous
VIDEO – Here’s That New Coca Cola TV Advert… Celebrating 50 Years of Kenya Next >
Recommended stories you may like: