By Ken   /   Thursday, 28 Nov 2013 03:15AM   /   Leave a Comment
Yesterday, President Uhuru Kenyatta was hosted by Coca Cola at their regional headquarters in Upper Hill.
He became the only Kenyan to lift the coveted FIFA World Cup trophy this year.
It’s on a global tour of 88 countries courtesy of the soft drink company.
Today, there will be a public viewing of the trophy today at the KICC. However, unlike the president, you will not be able to lift it, but just have a picture taken beside it.

Here are photos of the president lifting the trophy. 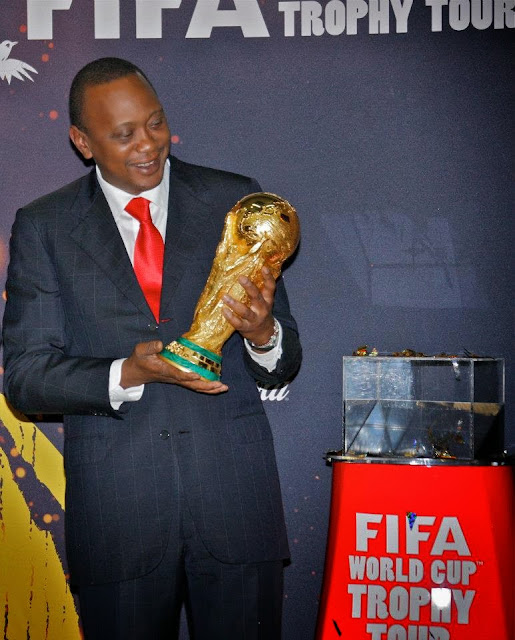 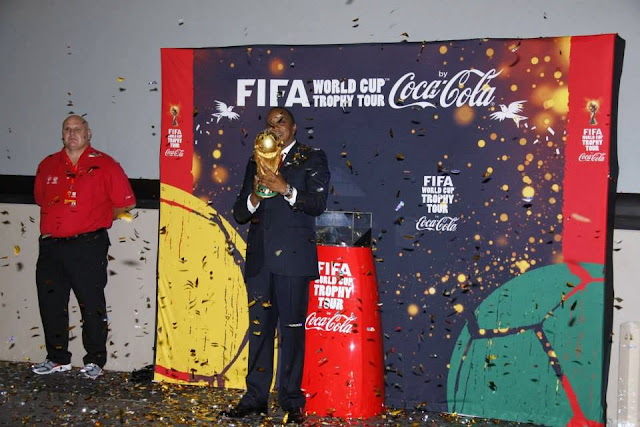 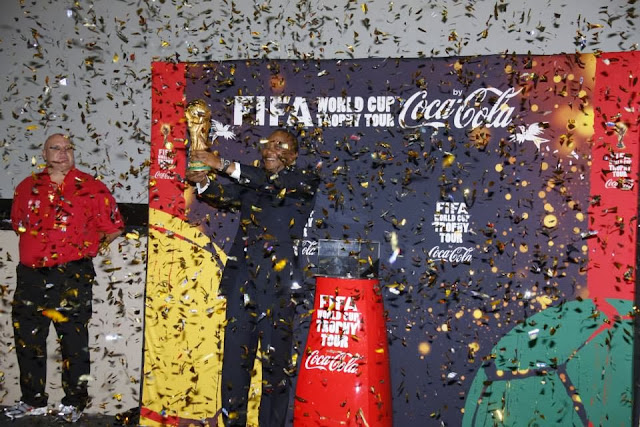 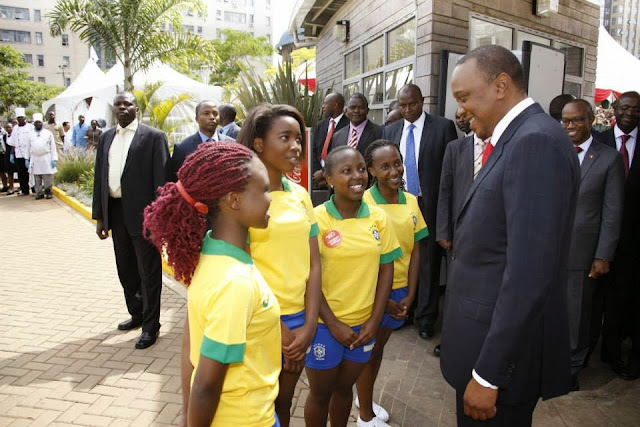 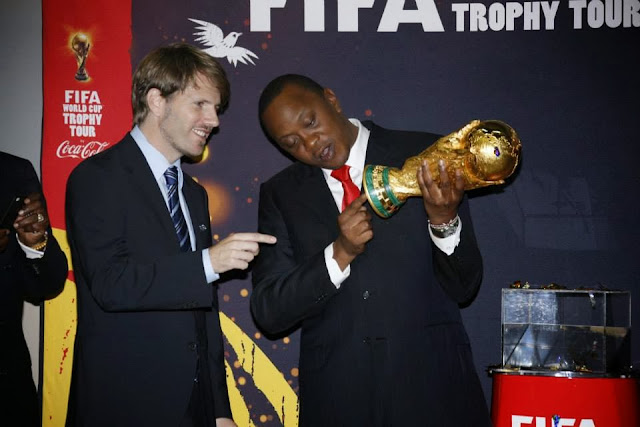 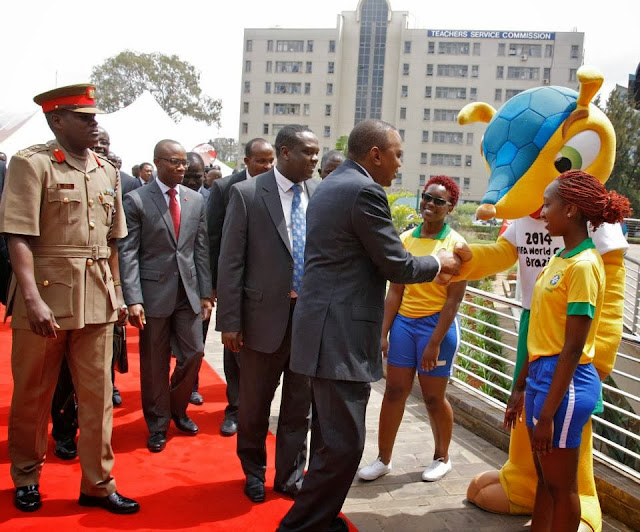 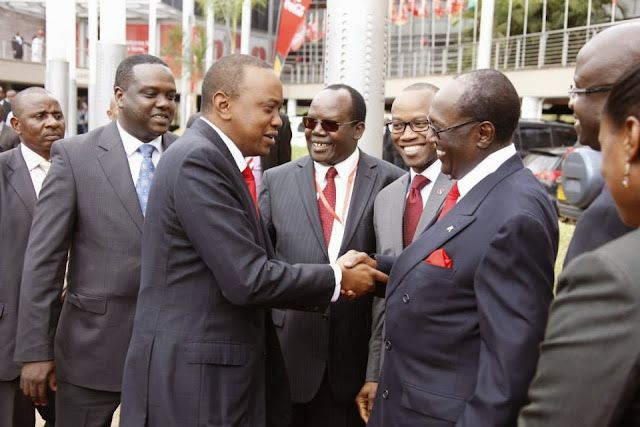 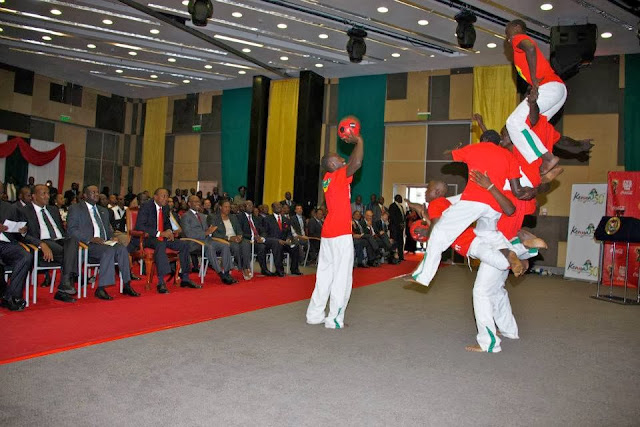 Flight Scare: Manchester United’s Plane Aborts Landing in Germany < Previous
PHOTOS of The Sh 300 Million Ultra Modern Market Kabogo Has Built in Gatundu Next >
Recommended stories you may like: