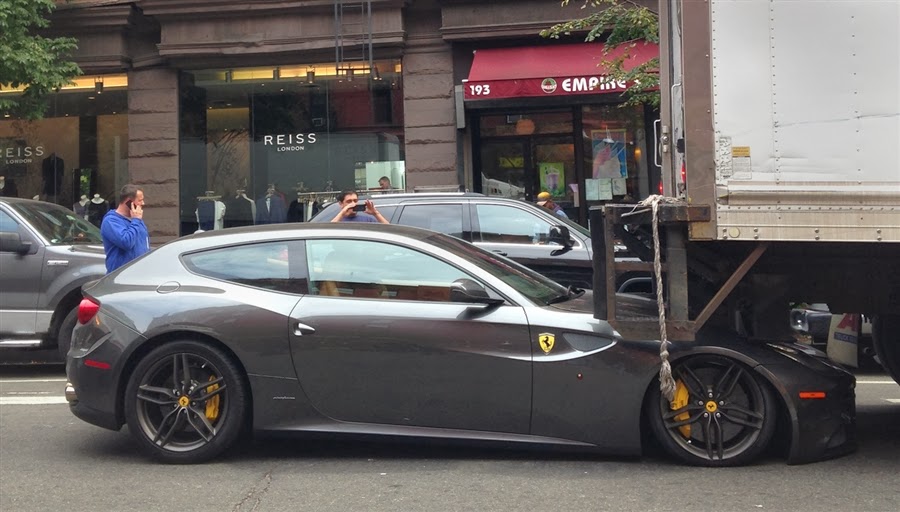 It was a seriously bad day for one Ferrari owner as a truck driver apparently backed up into the $300,000 luxury ride. The Upper West Side fender bender went from bad to worse as NYPD hit the crushed supercar with a double parking fine before it could be towed away.

That ban on double parking? It turns out it exists for a reason, as the driver of a brand new $300,000 Ferrari FF found out earlier this week.
The six-figure luxury ride was double parked on Columbus Avenue on the Upper West Side earlier this week when a Baldor delivery truck driver apparently backed up. The driver told witnesses to the smash-up, “I didn’t see nothing,” reports NBC News. 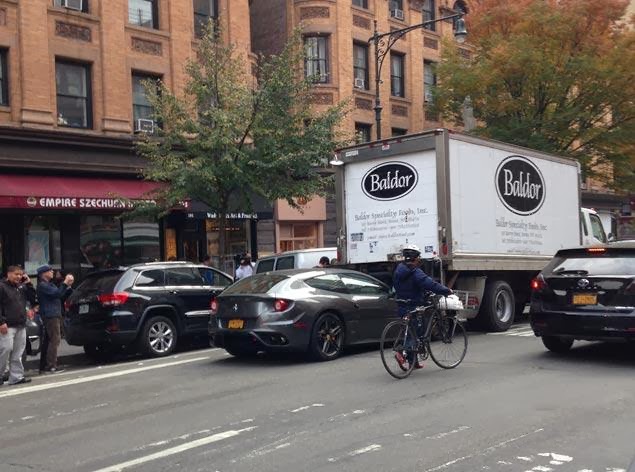 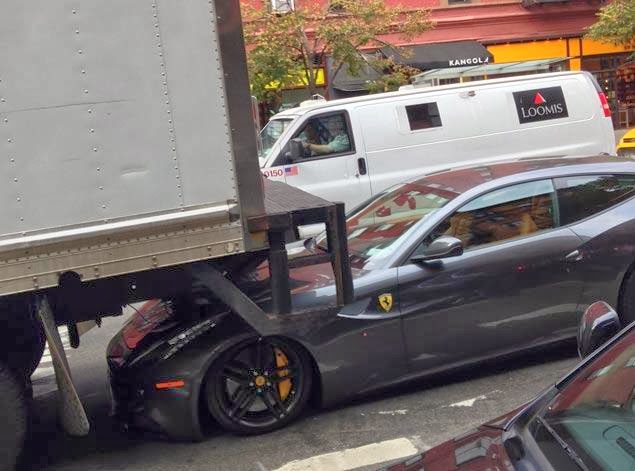 No one appears to have been hurt in the hood-crushing fender bender and it seems that the Ferrari’s owner didn’t even get to bear witness to the crash. Apparently a paid driver was in charge of the car at the time of the collision.
Making matters worse, NYPD slapped a double parking ticket on the hobbled Italian stallion before it could be picked up by tow truck, WABC-TV.

This may be a sad day for this Ferrari’s owner, but we won’t shed too many tears. The “hunchbacked” FF previously made our list of ugliest cars in the world.

EXCLUSIVE – PHOTOS of Prophet Owuor Without The Beard in 2005…Preaching in Nakuru Streets (VIDEO) < Previous
Lawyer Ahmednasir Abdullahi Reveals He Rears Camels Next >
Recommended stories you may like: