Construction of High-Speed Railway Line To Begin This Week 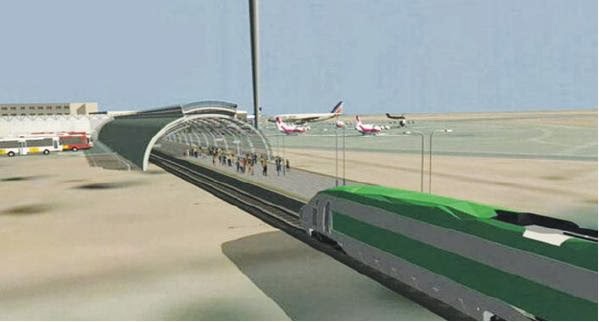 Kenya intends to make a statement of intent in the efforts to modernize in the transport sector. With the construction of the Mombasa-Malaba standard gauge railway line set to start this week, Kenya will have taken a step closer to the future.

President Uhuru Kenyatta will break ground for the construction on Thursday.

The Kenyan Railway Corporation has said that the first section between Mombasa and Nairobi will begin immediately.

The government of Kenya will cater for the 15 per cent of the entire cost while China’s Exim bank will take care of the remaining 85 per cent as a loan. Sh 220 billion will be used to lay the track, set up three stations, finance workshops, lay roads and put up a fence along the railway line. Another Sh120 billion will be used to buy locomotives and communication systems.

“We intend to have the first train leaving Mombasa to Nairobi before the end of 2016,” said railways acting managing director Alfred Matheka.

Mr. Matheka went on to say that the intended construction will be done in two phases: Mombasa to Nairobi and Nairobi to Malaba via Kisumu.

“Construction is expected to begin on December 1 and take three years, with the line entering service by January 1, 2017,” he said in an interview with the Sunday Nation.

The standard gauge railway will cover 609 km (Nairobi-Mombasa), including crossing loops and marshalling yards. There will be 33 crossing stations and two passenger and freight handling stations in Mombasa and Nairobi.

South Sudan has requested to be incorporated in the project, and is currently setting up a policy that will see the railway extend to Juba.

“At an infrastructure summit in Rwanda last month, where South Sudan was incorporated, President Salva Kiir committed to have a policy paper ratified to that effect,” said Mr Matheka.

The trains will be diesel powered and up to a kilometre long. Electricity lines will be included in the construction as the locomotives will be electric powered in future, when we start producing enough energy. A passenger train will move at speeds of 120 kilometres per hour, but the rail will be designed to support speeds of up to 160 kph.