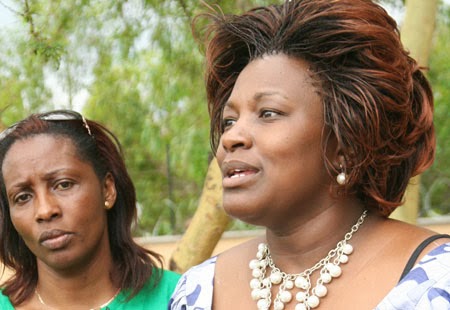 When you get slapped once, maybe you’re not the problem. But when it happens again, questions will be asked.
Barely one month after receiving a powerful slap from Nairobi Governor Evans Kidero, women rep Rachael Shebesh was last week reportedly slapped again.. This time by Sonko.

The Star newspaper yesterday reported that the two Nairobi leaders were on Thursday night involved in a physical fight at the Crowne Plaza Hotel in Nairobi.
According to the paper, Shebesh checked in at the Crowne Plaza Hotel in Upper Hill District accompanied by Nairobi Sonko shortly past 10pm.
They booked the prestigious Business Suite on 5th floor for a meeting. Apparently, the two are regulars there.

Some hours after their bodyguards had left, a shouting match between the two ensued. “We could just hear her (Shebesh) throwing some unprintable words to the guest she was with. However, we could not access the suite as the lift to the 5th floor is controlled and restricted by our seniors and the private guests only,” said the manager who spoke to the Star.

It’s not clear who separated the two, but Shebesh was not letting the matter slide. She reported Sonko to the Coalition of Violence Against Women (Covaw) lobby group, which has since contacted Sonko and threatened to take legal action.

“I have been told that she (Shebesh) has reported the matter to Kilimani Police Station, but time will tell the truth. Men are being battered in silence but the so called Covaw which is composed of divorcees has the tenacity to attack men wherever they feel one of their own has been mishandled,”  Sonko said on Sunday.

Shebesh could not be reached for her side of the story.

Apart from the well documented Kidero slap, Shebesh has allegedly been previously slapped by Mama Ngina. Rumours were that Kenya’s first first lady even declared her persona-non-grata at State House Nairobi.

After this developments, I think it’s time to ask the hard questions… Why always Shebesh? 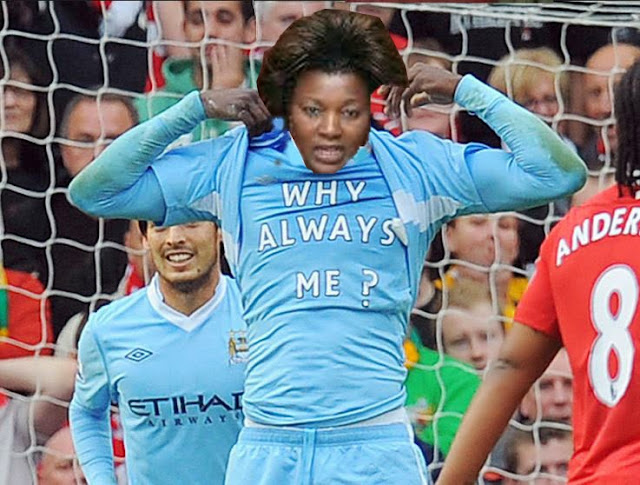 KTN Gambles on Audience By Airing THE BIBLE During Alejandro Hour < Previous
HE IS BACK… KTN Hires Jeff Koinange Next >
Recommended stories you may like: