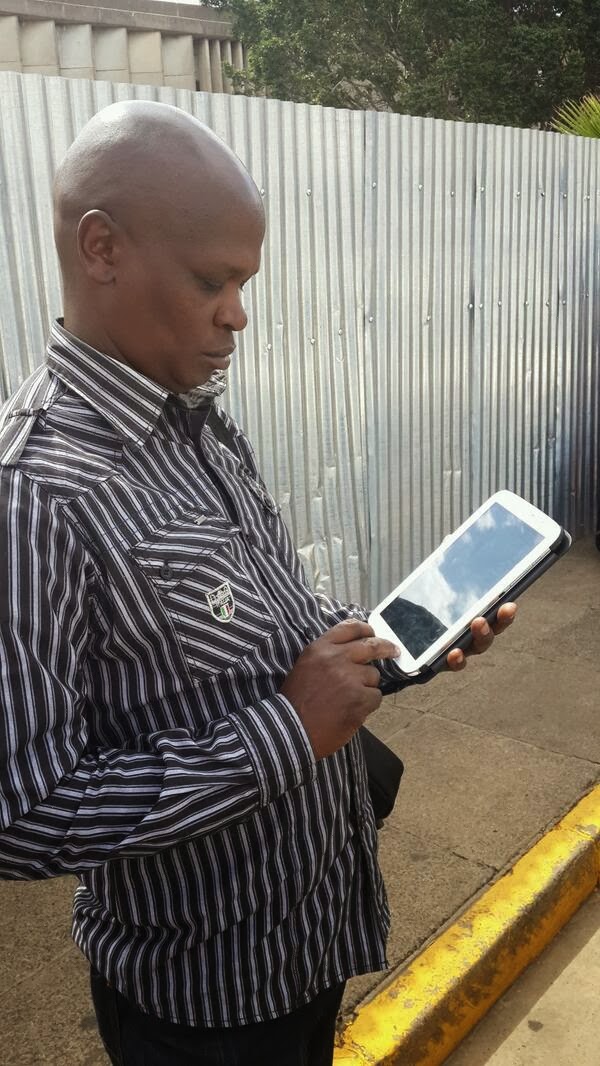 Nakuru based chief, Francis Kariuki, is currently in New York courtesy of Samsung.
The tech savvy chief, known for his peculiar tweeting habits using the handle @Chiefkariuki, will give a presentation during a Samsung Galaxy event.
Just this month, the chief received a brand new Galaxy Mega from Samsung Kenya.

Chief Kariuki mainly tweets about minor crimes, eg theft of cows. He also informs the public on important government meetings in his area of jurisdiction.