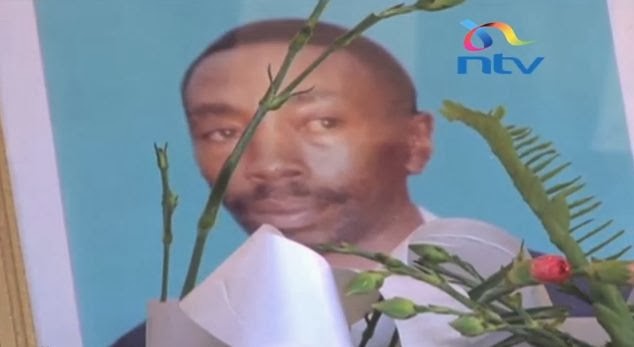 A Nyeri resident, John King’ori Gitahi aged 46, had tried to commit suicide a few months back only to be rescued  by his neighbours. His second suicide attempt last week was however successful but what caught many people’s attention was the suicide note he left behind. He stated that the Area Senior Chief, Duncan Mureithi, Tetu DC Herman Shambi and Sub County AP Commandant- Nyeri, Wilfred Chacha should all be present for his burial.

Surprisingly all the officials attended despite not ever meeting the deceased, claiming that they had to respect the dead.
Here is a video of the story from NTV

Kenyans Reactions To News That KDF Only Looted Water From Nakumatt < Previous
Elizabeth Nduta, The Young Girl With Kidney Failure Unfortunately Passes on Next >
Recommended stories you may like: