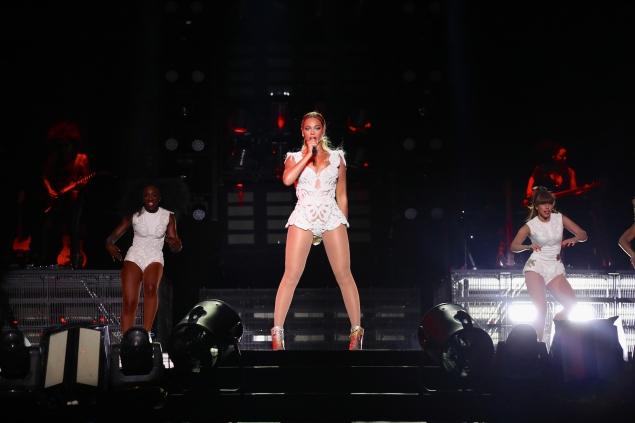 An aggressive fan attending Beyonce’s concert in Sao Paulo, Brazil on Sunday put rational thought to the left as he grabbed onto the 32-year-old singer and pulled her off stage during a performance of “Irreplaceable.”

After being helped back up by security personnel, Beyonce finished the song. Ever the queen, Beyonce then went over to the man who yanked her down and shook his hand. “Nice to meet you. Thank you, I love you, too,” Beyonce can be heard saying in the clip of the incident, which was posted on YouTube.
This isn’t the first time that Beyonce has gotten up close and personal with fans while performing “Irreplaceable.” Back in July, Beyonce admonished a fan for using his camera to tape the concert instead of singing the song’s familiar “to the left” hook.
“See, you can’t even sing because you’re too busy taping,” Beyonce said. “I’m right in your face baby, you gotta seize this moment baby! Put that damn camera down!”
Later that same month, a Beyonce fan freaked out during “Irreplaceable” when he was touched by the singer. The YouTube video of that incident is simply titled”Beyonce Fan Catches The Holy Ghost.”
Watch Beyonce’s latest fan encounter below.
Huff Post