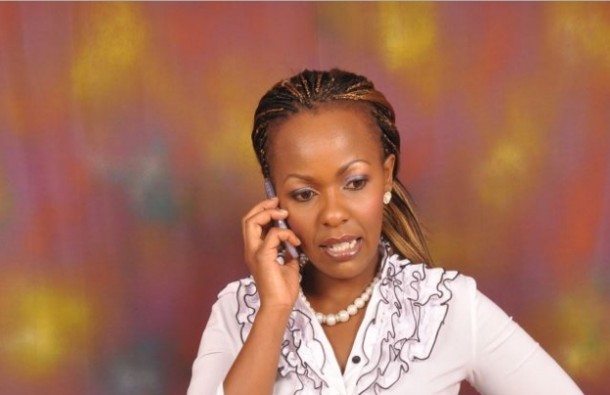 This one you wont hear everyday… Former presidential aspirant Kingwa Kamencu yesterday informed her Facebook fans that she had been arrested and was being held at Central Police Station.
The charge sheet reading ‘Theft with malicious intent’.

In her own words, she was caught “unhanging every item of underwear I’ve been finding on my neighbourhood’s communal clothesline, as an attempt to further AUFA.”

AUFA stands for An Underwear Free Africa.
She does not believe she was stealing, because her intent was not to wear or sell them, but rather to destroy them.
“ I wasn’t stealing the underwear to wear but rather to burn them, as underwear stands in the way of continental unity.” she writes.
This was her post yesterday.

Kingwa has had some very weird and radical views concerning the wearing of underwears. She has confessed she doesn’t put on one and through her AUFA organization wants to bring the entire Africa on board.

Just recently, Kamencu was in the news for defending Raphael Tuju’s wife for cheating on her husband. According to her, women were traditionally allowed to have more than one man in their lives.