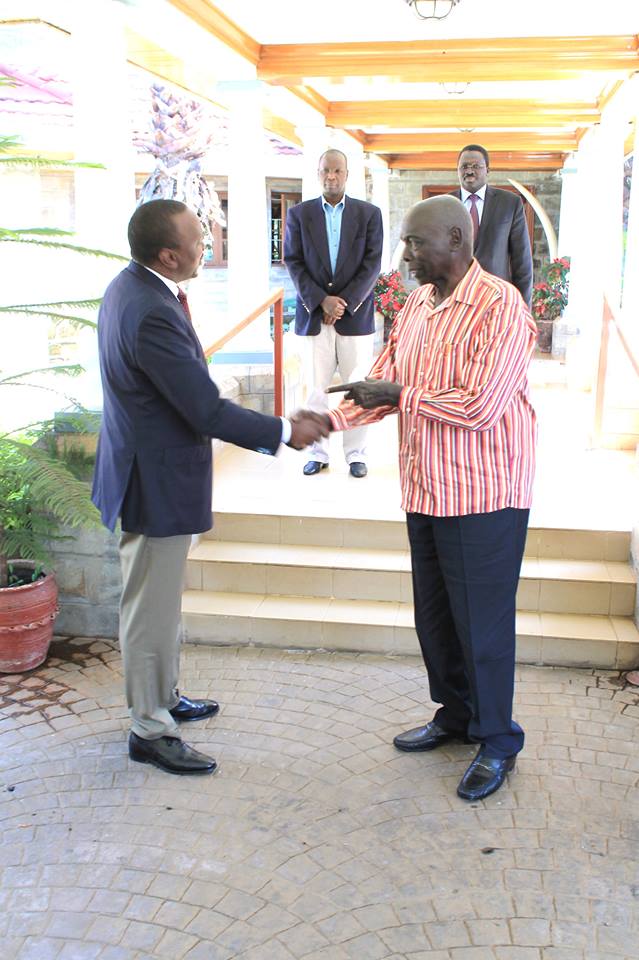 Moi’s press secretary, Lee Njiru, said that the two discussed matters of national and mutual interest.
“His excellency the President paid Mzee a courtesy call at his home where they held intensive talks that lasted for about one hour,”he said,
“Moi is an elderly statesman and Uhuru the President so there’s no way their talk of mutual interests cannot delve into topical national issues,” he added

Citizen TV in Trouble For Faking The Dandora Rape Story < Previous
Victor Wanyama’s Jaguar Next >
Recommended stories you may like: