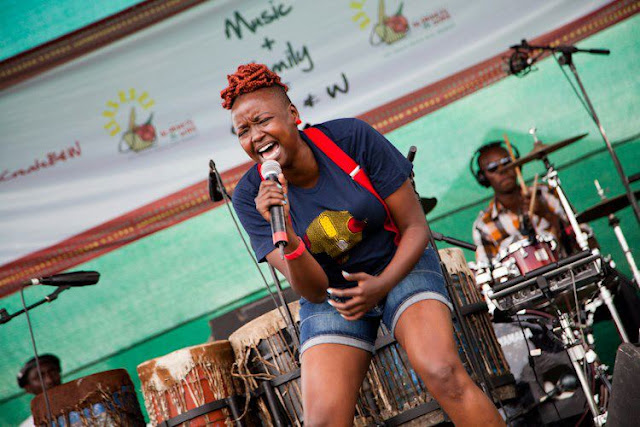 On Saturday, a Kenya Airways plane (KQ Flight 117) made an emergency landing in Greece after smoke was detected in the plane.

The Boeing 777 200ER had 301 passengers on board, and apparently, one of the smoke sensors triggered a fire alarm. The pilot announced the diversion on the PA, then made a sharp descent to land in Athens.

It is now emerging that Greece may have detained the plane, claiming it is not fit to fly. Unconfirmed reports suggest that though the cause of the false fire alarm was fixed, the landing gear door failed to close properly during inspection.
Passengers are still stranded in Athens. Over the weekend, those with no visa issues were booked into a hotel, while KQ worked on the others’ visa problems.
Some passengers had not directly booked the KQ flight, but are said to have been transferred by KLM through their code sharing agreement.

One of the passengers stranded is singer Muthoni the Drummer Queen, famous for her Blankets and Wine venture.
Over the course of their stay in Athens, she has been tweeting what is really happening.
Yesterday, she described how 4 passengers slept on the airport’s floor, yet KQ handlers said they were taking care of them.

@KenyaAirways We have just gotten to the airport.4 passengers DID NOT LEAVE THIS AIRPORT.THEY HAVE BEEN ON THE FLOOR @ntvkenya @LarryMadowo
— Muthoni Ndonga (@muthoniDQ) July 7, 2013

4 PEOPLE SLEPT ON FLOORS UNDER POLICE SURVEILLANCE SINCE 5:30AM Saturday morning.Can you understand that? @KenyaAirways PR ASIDE @ntvkenya
— Muthoni Ndonga (@muthoniDQ) July 7, 2013

She also accused the national carrier of putting them in the dark all that time.
Apparently, after some time, GOLDAIR was supposed to take over matters, but Muthoni DQ says they weren’t of much help.

We told you REPEATEDLY GOLDAIR on ground crew were not helpful.Your own crew told you about the Greece officials @ntvkenya @KenyaAirways
— Muthoni Ndonga (@muthoniDQ) July 7, 2013

Greek authorities were also not helpful, and at some point, Secretary to the Cabinet Francis Kimemia joined in.

Below are some of her other tweets.

Again.I repeat. We have no permission to fly over Egypt or Sudan. Not Greece.My bad.Im vsorry for that error
— Muthoni Ndonga (@muthoniDQ) July 7, 2013

We aren’t authorised to use the shortest flight path by the Civil Aviation Authority ie via Egypt.We can’t go back to Amsterdam cos of fuel
— Muthoni Ndonga (@muthoniDQ) July 7, 2013

Size 8 Set To Get Married < Previous
Somewhere in Kiambu in 1860 – Hilarious Next >
Recommended stories you may like: