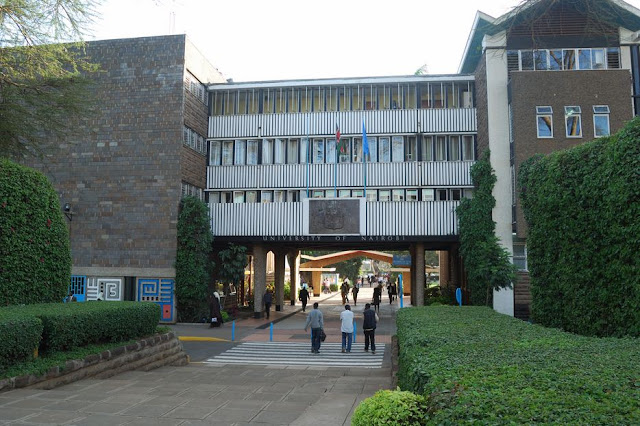 There was drama at the University of Nairobi approved Vera Girls Hostel, (behind UHS) this past Sunday.
Nairobi Exposed is reporting that two closeted lesbians have been staying together in the hostel for a few months now. One is 3rd year University of Nairobi journalism student and the other a Kenyatta University Parklands Campus law student. Apparently, their relationship was only known to a few close confidants.

On Wednesday, one of the partners, lets call her Jane, went home (in Kirinyaga), and was set to return on Monday.
For some reason, she decided to show up on Sunday unannounced and that’s when all hell broke loose.
As one source narrated, “You see everybody was just sleeping since its Sunday you can lala how much you want, I think it was kitu 9 hivi, the sound of stuff falling and nduru came from akina Jane’s and since im near qatu tukatoka tukaenda. It was drama, found Jane* on top if this other chick who by then I didn’t know her, she was like utanijua and stuff, we tried (to) separate juu they were messing up breaking vitu, hiyo time Mary* (Jane’s partner) is just standing there helpless we asked her what’s going on but wapi hata she wasn’t talking. After separating them ndio wakaanza kuongea.”

She contined, “Sasa the funniest stuff is,they couldn’t come out clean and say the truth juu their lesbo story would blow out. But ilijulikana and storo reached the matron. Even now as I’m writing, the case is going on juu mati want them evicted but wameinsist there isn’t nothing going on between them. The chick who was with Mary kumbe is from Inoreero as we came to know later, nimesahau jina yake. Jane is like so heartbroken coz she been taking good care of Mary and really trusted her but she played her. Imagine the chick hajakula since that day,stressed.”

Gado Portrays Maina Kageni’s S£X Talk Effect on Nairobi Roads (Picture) < Previous
Kenyans Reactions After HELB Sent an SMS To Everyone (Hilarious) Next >
Recommended stories you may like: