The Day I Met Johnson Mwakazi… by Cabu Gah 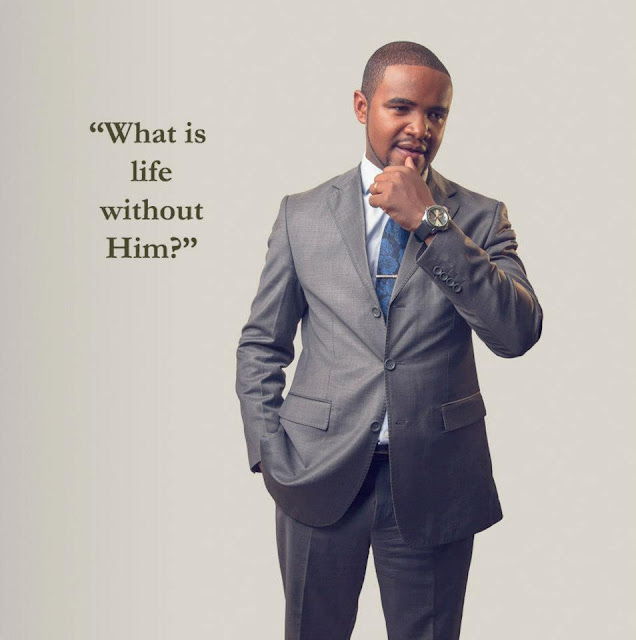 I have started a segment called ‘PEOPLE I ADMIRE’ which I will be doing every week. I will be telling You a little about those people and drawing inspiration from their stories.

When I first met Citizen TV Presenter, Johnson Mwakazi, I was leaving the Royal Media Headquaters in Hurlingham back in 2011. I had gone to meet another vernarcular radio presenter and while I was leaving the place,Johnson was ahead of Me. We were using a short-cut road that leads You straight to the main road. He was smartly dressed. As usual. He looked sharp and suave. And had the swag of a Young C.E.O. And what shocked me most about him was WHAT HE WAS DOING ALONG THE WAY as he walked.

Johnson was just a few metres ahead of me and he was SINGING OUT loudly. He was singing a “Golden Bells” hymn. ALOUD. I was shocked. I thought to Myself ,”this is weird. This guy is a celebrity. You cant walk around SINGING OUT LOUD to a religious song like that!”

I walked around him, threw a glance at him and said,”Hi Johnston…” And he said,”Hi. But am JohnSON not JohnsTON…” smiling sharply. I corrected myself and he nodded his head,with full humility and grace. And then CONTINUED SINGING OUT LOUDLY, snapping his fingers.. He seemed full of the Holy Spirit……

Okay, I had always found somethng to admire in him. Johnson Mwakazi was born and brought up in the sprawling Kibera slums. He had a life of utter poverty. His mother was a maid/househelp at Woodley Estate and would earn Ksh.3,000 per month. They lived in a mud house. And since they had NO toilet,he would relieve himself IN THE HOUSE at night and clear the mess following day.

His dad was a perennial drunk. Who never came home. Johnson went to Kichinjioni Nursery School,then went to Kibera Primary School before winding up at Jamuhuri High School. At Jamuhuri, he met affluent students from rich families and he used to lie to them that he was from Woodley Estate. Not Kibera. Just to fit in.

But in 2003, he met Christ. And got born again. And while he was still a fresh born-again Christian, he was still grappling with endemic masterbation. It disturbed him. And he started to understand that it was WRONG, a sin against God and a gross violation of his body. And after a frenzy of feverpitch prayer sessions and fasting, God enabled Johnson to quit masterbation. FOREVER.

And then after high school, his Mum was sacked. And things got even tougher. More poverty. More struggles. He started going to Kenya National Theatre to act and try to earn a shilling for Mama. He used to walk from Kibera to the National Theatre DAILY. And one day, he met someone who heard his amazing voice and impeccable English and helped him secure a 2 -Year contract at Royal Media’s Hot 96 Fm station to voice over in various adverts. And used to earn Ksh.4,000 AFTER 6 months!

While working under contract, he heard that Citizen TV was looking for a News Anchor for the Power Breakfast show. And surprisingly, he got the job! And got a chance to work for CITIZEN TV PERMANENTLY.

With NO college education. Just his smart looks and amazing voice.

And that Sunday, he went to church and gave a testimony about how he got a job with NO COLLEGE education. And after the service, a woman who heard his testimony approached him and offered to pay for his college Education. There and then.

And today, Johnson Mwakazi remains a staunch BORN-AGAIN christian who praises God EVERYWHERE HE GOES. On the road, in the studio, in his car…EVERYWHERE..

He is a Senior News Anchor at CITIZEN TV. A graduate of Daystar University. A child of God. A product of God’s Mercy. A result of Prayer. A father to one child. A loving husband and the provider for his poor mother.

Johnson, I ADMIRE YOU.

And it doesnt matter what KENYANS on Twitter say about You. Because YOU ARE A ROCK,Brother. THE ROCK OF THE LIVING GOD.

By Cabu Gah
Follow @nairobiwire
Photo – Mau Mau Veteran Spotted at a Club Getting Jiggy < Previous
Now Nduku Kilonzo Pulls Out of Makueni Senate Race and Backs Daughter Kethi Next >
Recommended stories you may like: