Synovate Poll: Citizen TV is Still The Most Watched Station in Kenya 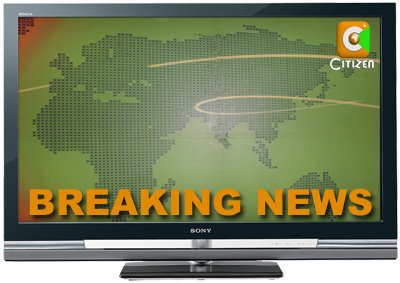 On Friday, Synovate released an opinion poll conducted in May, on Television viewership in Kenya. Citizen TV, as expected, is in the lead with a whooping 37% between it and the second station.
KTN and NTV are tied at position two.
From the poll only K24 dropped in ratings, with the rest either improving or maintaining.

The poll shows that K24’s re-branding and subsequent poaching of journalists has not had any instant effect, but it will remain to be seen whether it will in future.
During the campaign period, there was talk that Citizen TV was Pro-Cord, especially after Royal Media Services chairman was appointed to its summit. There were reports that Citizen TV and its allied radio stations were being boycotted in Central province, but from the latest poll, that may have been
untrue.

Photos – Prophet Owuor Honoured in Chile < Previous
Sonko Responds To Notorious Blogger Kahawa Tungu Next >
Recommended stories you may like: