A Tale of Deceit.. How I Was Stood Up Twice – KU Student Narrates 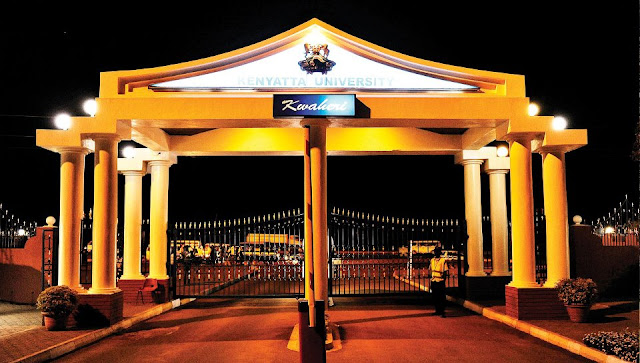 Most of you will laugh this off as the tactics of a lying, hurt woman. Am not lying neither am I hurt. It is my duty as a woman to ensure that my fellow women on twitter do not fall for the stupidity and foolishness of SOME of these guys on twitter coz they may end up not just ruining you emotionally but with a permanent heart ache

My name is Abby and yes that is not my handle and what am about to say is not about ruining anyone’s reputation but it is indeed an effort to make things right.

Daniel Tukei and other #KOT men, I hope that after reading this, you will be able to man up and stop being a lying bastard with no sense of direction because one day, our lies catch up with us.

So on a certain evening, can’t actually recall when, am seated in my hostel. I was multi-tasking; twitter and reading. Then this guy, @tukei_ whom I have never even had a convo with mentions me ati ‘’Check DM’’. it is just a hi and of course this turns out to be a routine. We end up DMing each other almost all the time when we are both online. After his persistence against my wish, I give him my number.

Now a shocker comes when he texts that I have always been his twitter crush and he likes me. I felt flittered cause truth is that not ordinarily would a guy who you have convos with almost every day just tell you tht you are his crush. I thought the guy is tripping but he kept insisting that he is serious and he would have loved if we could try a relationship with him. As usual I do not take him seriously but he keeps pestering me texting me day and night wanting to know how am doing and acting so concern. I ask him his why he has no face avi but he chengas that question. I think I am smart so I tell him I would love if we can be Facebook friends because in my own mind I am sure that he must have his face pics there. The answer he gave me was just dumb. He said he is not on Facebook. AS in seriously who does not have a facebook account? Right there and then I know there is something he is hiding but I play it cool.

We make plans to meet. Since he is a football fan, he requests me that I should join him at his regular joint, Fontaine opposite Central police UoN we watch a football match; Man U vs. Sunderland. I know this because it is still on my DM. This match is on the day that the Supreme Court was to make a ruling on the Presidential petition so I have my doubts about going to tao. He insists that there will be no problem that in that place there will be many of his friends. I tell him am not promising but if there no fracas in tao,why not we will hang out. At around 12 noon I text him and tell him that I will be there but if he comes to Odeon and get me cause I would be with my friends. He confirms that to me that the match would be starting at 4.30pm and so in my mind,I know I will have to leave Kahawa at 3.30pm.

3.30pm am all dressed up and with my roommate off to tao. We reach Odeon stage and we stand just there cause tao is deserted and we thought it aint cool if we zurura.4.15pm I flush him. He calls and tells me that he will be there soon. Am getting super excited coz now I will see this ‘macho man’ that has liked only me. 20 mins later I text him and ask him kwani wats up. He tells me that he is held somewhere and if I could be so kind, he could direct me to fontaine we meet there. Since it is opposite Nairobi uni, no need of directions so me and my pal we go. We reach there and there like only four pple in that restaurant but the match has not yet started. We order one Delmonte since we can’t sit there like zombies. The match starts while I am still waiting for dan, as I usually call me. I call him once and he doesn’t pick. Second time, phone switched off. Now am really pissed. At around half time, they are announcing the results of the petition and we decide to leave. We take a mat at Kojah to Kabete at my pals home for a sleep over.

At night the nigga is calling me giving me a lame ass explanation. The car they were in belonging to his cuzo was involved in a minor accident and in the process his fone fell and it got spoilt. Seems legit but why did you not inform me. He says he left his cuzo and pal and Traffic police in Kenyatta and went to fontaine and found they were not there and he had to catch the remaining of the match. He is a nice guy I think so I let it rest. Back to our late night convos. The fella would even send me credo. Sometimes I also sent him credit too. ok only once.

So some other day I ask him where he stays and he tells me Nyayo Highrise Estate near T-Mall. It is somewhere I know pretty well because we also used to live there like ten years ago before my dad was transferred to nax and further more I still got lots of pals there.

We plan because he is in KU Parklands campus and I am in main, he should come around there we hang out at my Kahawa Hostel. He agrees and tells me that that can only happen after he finishes his end of Sem exams. Since I am on a tri-sem, I got no issue with that. Will only be going home in dec and meanwhile my mum comes to Nai very often so we see each other.

Fast forward to the day of our date, nothing. The guy does not show up and further more he is like mteja the whole day. First thing I did was to block him. Was not intending to talk with him anymore. He calls me, I gnore. Texts, no replying.was totally done with him.

Two weeks ago, I go to Highrise estate, to see one of my childhood pals, gracy. As we talk I bring up Dan. She is cluless of who he is. She even calls her brother but no one knows him till I mention the name Tukei. They are personal friends. So naturally I have to ask about him. First and foremost, the fella lives in Kibera Line Saba and not HIghrise the estate. All this time, he was lying about where he lives. Secondly the bugger has two kids with two different women, both of whom are from his ghetto hood. The names of the girls are Maureen and Ann. Johnte, my pal’s brother tells me that it is Tukei’s mother who takes care of these children though the girls still live with their parents.

What saddens me is the fact that this tukei baga does not even seem to care since he ran away from his home and went to rent at another place but still within Kibera.
I ask Johnte if he has his number and obviously he does. We decide to call him. Johnte asks him if he is around and he says yes and asks if kuna mapoa. Johnte tells him to come to Highro or highrise the way they call it. He asks for 1 hr.

Granted after around forty five minutes he does come. The moment he walked in, I understood why he was refusing to let me see him. The guy is just ugly. He is a replica of Rick Ross because he is FAT and shaggy. He looks rough and unkempt just like the gutter he is. I just could not believe that I had even wasted my time being hopeful for someone that ugly. He sat and was offered food. Of course he could not refuse. After he ate and we all talking am thinking why has this guy not recognized my face and yet it is the same one that is on my avi and I think to myself he is dumb too.

I take out my fone and I call him and he is looking at his fone and not picking. I tell him there is no need to pick because it was I who was calling him. He was embarrassed. I am sure he felt the same way I felt when he stood me up at fontaine. He tried to explain himself but of course I could not let him. I told him there was no need to explain himself but rather he should try and take care of his two kids and wives and of course should learn to keep it in his pants. He begged me that this storo should not reach twitter but honestly, the nigga needs to be exposed. Kwanza there should be #KOT policy of no cartoon avis and that all guys should take their home and family obligations seriously.

Old Photo of The Stanley Hotel Nairobi < Previous
Photos – Prophet Owuor Honoured in Chile Next >
Recommended stories you may like: