8 Signs Your Girl is Just Using You 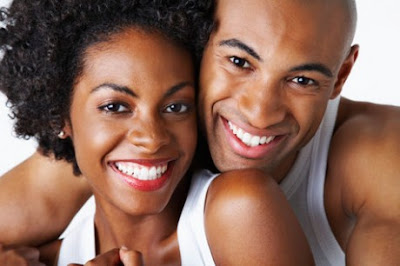 While some men don’t want to settle down and claim a girlfriend, most men don’t need any “girl…friends” either. After all, what man wants to just “hang out” with a beautiful woman?

That’s what his boys are for. It’s totally possible for men and women to be platonic friends, but that’s not normally how it starts.
The man is attracted to a woman, he asks her out, and they spend time together. But then somewhere along the line, said man falls into the dreaded “friend zone” – and he has no idea how he got there. He’s not sure if she’s playing hard to get, or if he’s been hoodwinked – and while he’s trying to figure it all out, the woman knows exactly what she’s doing. If you’re not sure if you’re being played for a fool, here are some signs that she just might be using you.

1. You Are Her Personal Chauffeur

You have a car…she doesn’t. This is not a big deal, and being the gentleman you are, you have no problem picking her up for dates. But after a while, you’re not just picking her up to go to the movies. You’re driving her to work, to her doctor’s appointment and even to her friends’ house. As a matter of fact, she asks you to drive her AND her friends around – to the club, the mall, wherever. But she’s attractive, so you do it, even if it’s totally out of your way. The way you see it, she’ll think you’re such a nice guy that she might even invite you INSIDE of her home one day.
But she doesn’t, and you barely get a kiss on the cheek for all of the gas you’ve burnt up.  If she’s given you ZERO indication that she’s even remotely physically attracted to you, then she’s using you for a ride. Unless you’ve at least gotten to second base, keep your car parked and let her figure out how to get around herself.

It’s not enough that you drive her around, but sometimes she sends you out WITHOUT HER to run her errands. She asks you, in that ever so sweet voice of hers, to pick up her dry cleaning “since it’s on your way home.” She has to work late, so she wants to know if you’d be a dear and walk her precious dog for her. And you do it, because you figure that’s what a good boyfriend would do, right? Right.
Problem is, you’re not her boyfriend, you’re her errand boy; and any hopes you had of becoming her boyfriend went out the window along with your dignity. She’s not going to date you because she doesn’t respect you. Some women don’t like a guy who does whatever she says or who she can walk all over. What you see as kindness, she may view as weakness. It’s sad but true. There’s nothing wrong with being a good friend, if that’s all you want to be. But if you want more, and she’s not giving it to you, despite all of your good intentions, then bounce…and let her hire an assistant. 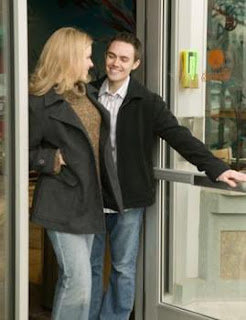 If you find that she only wants to go OUT – to the movies, a concert or to her favorite restaurant, chances are she just wants to get out of the house and you are her “go-to” date. Every time she calls, you’re always available…probably because you sit around waiting for your phone to ring. She knows this, and she also knows that you will do anything to be in her presence. If she’s always busy when you invite her to your crib or you’ve never seen the inside of her place, then she probably doesn’t want to be anywhere where something could jump off…and she’d have to turn you down. Just once or twice, be busy when she calls or tell her “no” to an outside date and see how she reacts. If she’s bent out of shape or stops calling, then you’ll know she’s probably not that into you.

4. You Pay For ALL Dates

Not only are you her “go-to” date – you also PAY for ALL of the dates. Some women expect men to pay for all dates, and some men even agree with that. But you shouldn’t be going broke while you’re trying to figure if she actually even likes you. If you’ve got the means to stick it out until she magically falls in love with you, then rock on. But if you have to take out a small loan just to keep courting this woman, while she NEVER ever offers to pay for anything, then stop…now. See how long she wants to “date” you when you tell her that you forgot your wallet.

5. You Pay Her Bills

It’s one thing to pay for dates, but it’s another thing to pay her rent. There’s nothing wrong with helping out a friend in need, or LOANING someone some money until they get on their feet. But unless you are her MAN, and you KNOW this, then there is no way you should be paying for anything that’s in her name. Men and women use each other all the time for different things, but you’re a straight up sucka if she hands you a utility bill and you actually pay it…regularly. And don’t try taking her to court when she drops you for some other fool and you’re out hundreds or thousands of dollars. She’ll claim it was a “gift” and you’ll never get your money back. Listen to what I’m telling you and save yourself from having to learn an expensive lesson on your own.

You’ve let it be known that you’re pretty handy when it comes to fixing things, so she invites you over one Saturday afternoon to “help” her paint her house. You think it’ll earn you some cool points – and you’ll get to be INSIDE her place and you can seduce her while you wait for the paint to dry. WRONG! All she’s going to do is find a way to be busy “doing something else” while you paint, and when you’re done, she’ll suddenly need a ride to Home Depot to pick up some things for the next project you’ll be working on. So you drive her there (See #1) and pay for all the materials (See #5) and then go back to her place to install her new cabinets, hang some shelves and fix her leaky faucet. She doesn’t even offer to feed you (See #4).  She rushes you out of her house when the work is done because she’s “tired” (has a date with someone else) so you leave, hoping for another chance to get closer to her bedroom. You, my friend, have been had. Next time, tell her to hire a contractor and keep it moving.

So by now, you realize that you’re in the” friend zone”, but you don’t care. You think you still have a chance to woo her, so you continue to be her shoulder to cry on hoping that one day she’ll come to her senses and realize what a wonderful, caring, compassionate man you are. So you endure endless hours of her late night calls crying to you about the jerk who broke her heart (again). You encourage her complaints about all the no-good men out there and remind her that if she were your woman, you’d never hurt her and treat her like the queen that she is. Little do you know, she’s a glutton for punishment, only likes “bad boys” and thinks nice guys like you are weak and pathetic. Dude, run…or else she’ll just continue to use you up and walk all over you. You’re wasting your time if you think she’ll change her mind about you – and if she finally ever does, it’ll be too late…because you will have found a woman who appreciates you.

Now, this might not be a problem for most men out there, but if you are genuinely interested in having a real relationship, getting married and having kids one day, then you might want to find a woman who wants you for more than s*x. Believe it or not, there are women out there, like men, who have jump-offs who they will never be seen out in public with. The s*x is earth shattering, but she doesn’t want a relationship, OR, she doesn’t want a relationship with YOU. Maybe you’re too short, don’t have a job, have multiple children with multiple women, have some teeth missing…who knows. Either way, she doesn’t want her girlfriends to know about you, so you become her dirty little secret and she calls you after midnight to come by and crack her back. Now, again…some, if not most, men would be fine with this arrangement. But if you’ve somehow caught feelings for her, then it’s best you leave now before your heart gets broken into a million little pieces once she finds a guy she can actually be seen in daylight with.

Now Nduku Kilonzo Pulls Out of Makueni Senate Race and Backs Daughter Kethi < Previous
NTV’s Mark Masai Answers All Your Love and Relationship Questions Next >
Recommended stories you may like:
Online Games That Are Easy to Play
How to Play HollywoodBets and Earn Money
Email Marketing in 2021: Is It Still Effective?
Olive Burrows: Kirubi Said He Doesn’t Hire Fat People