NTV’s Mark Masai Answers All Your Love and Relationship Questions 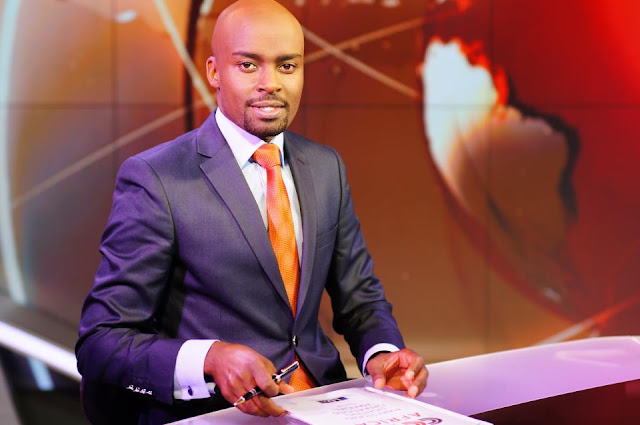 How Do You Feel About Makeup?

I think a woman isn’t too confident in her natural look if she insists on using makeup every day. But once in a while is understandable, like a special dinner function or wedding.

As a bald man, I don’t know the difference between relaxed and Afro natural hair, but I can tell you this: men don’t like weaves. I fancy the natural look. Short or long, as long as it suits the shape of the head.

How do you differentiate between a casual girlfriend and one who could be a wife?
I am of the school of thought that for you to get a wife, she has to first be your friend, girlfriend, then lady for life. Most men consider homemakers to be wife material, someone you don’t think twice about introducing to your parent/mentor/close friends and family.

Do you think you would meet a nice woman in the bar?
The several years I was a party animal, I didn’t get to meet someone who I am with today, so that tells you what I think about that. However, there are many very nice pleasant people you can meet while on the rave. How that would translate to a long-lasting relationship is another thing altogether.

What is your take on ‘independent woman’?

If she is independent in the sense she has confidence in her God-given skills to make it wherever she is positioned and works for excellence in living her purpose, then that is something to encourage and celebrate. However, if a woman is independent in the sense she lives with the aim of proving a point that she is just as good as or capable as a man, then I won’t stand in her way.

Who should be the first in a relationship to say ‘I love you’?

I don’t know who should be first but I do know none should be fast to say ‘I love you’. If you don’t mean it, don’t say it even if you are under pressure.

Which home-making skills should a woman possess?

As a man who can only boil water, fry eggs and toast bread, cooking is key. As cliche as it may sound, I pray for Proverbs 31 woman, and I will strive to be the equal of that for her.

Would you date a woman who drinks more than you do?

Knowing what drinking has done to me, I would not want my lady to expose herself to the same, so she shouldn’t be drinking in the first place. It would have to be her choice, of course.

What is your take on polygamy?

Historically and Biblically polygamy had its place. I would not practice it personally because if I would want to be with two women, what would stop either of them from being with other men? Even if she were willing to have a co-wife to me, that would translate as grounds for me to have a co-husband, which feels wrong even thinking about it.

Would men date a woman with a baby?

It takes a lot to be able to do that, but I believe a good number of men would. It depends what led to single parenthood and how much the lady is attached to the father of her child, emotionally and otherwise.

What leads men to cheat?

Not being content, thinking you can get something more from the other woman. As wrong as it is, cheating has this attractiveness… men think they can get away with it. They tell themselves, ‘She’s the one who came on to me’. It also serves as an ego booster. ‘I’ve still for it’. Feeding lust allows cheating to grow into a monster that gets out of hand.

What do you think leads women to cheat?

I think women cheat on their men for more or less the same reason. Sometimes it starts as a way of getting back at their men, or, ‘If he can do it, why can’t I?’

Women have many issues with their bodies. What would you like to tell them?

If you are comfortable with yourself and are healthy, be content and don’t try to fit into someone’s image of you. If you want a man who is fit and toned then you should be there in the gym with him.

Of course they do. It is personal. Some like them curvy, others like them slim. But as they make those demands on their women, they should also consider themselves.

What about the body changes that occur during weight fluctuations or after childbirth?

I would encourage my lady to take care of herself and not compromise her health. As for childbirth, I would try to support her as best as I can, regardless of weight.

What goes through a man’s mind when a woman hits on him?

I pull back. It might stroke your ego momentarily, but if it persists, it becomes repelling. It is not your place as a lady to pursue a man. If he isn’t man enough to pursue you after being given enough opportunity to do so, he isn’t the man.

Would men date a woman their mother does not approve of?

They would. Sometimes (and I speak from experience) parents can be selfish in their approval or lack thereof for their children’s partners.

How can a woman tell a man is wasting her time and is commitment phobic?

If she always takes the initiative, with little or no response from him. This of course excludes instances where a man is going through a traumatic experience, physically or otherwise.

Is age just a number when it comes to dating?
Age is a factor to consider.

8 Signs Your Girl is Just Using You < Previous
Mike Sonko Takes Mattress To Nairobi Hospital To Sleep Beside His Sick Wife Next >
Recommended stories you may like: