The Story of Startimes and Missing Local Channels 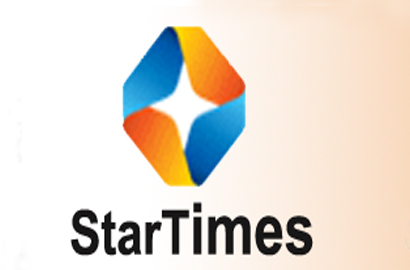 About two weeks ago, tens of thousands of Startimes subscribers were shocked to find none of the major local TV stations was available on whatever package they had paid for.

What seemed like a one night technical hitch has now dragged for two weeks. Calls to customer care are only answered with the usual ‘we’re working on it’ phrase.
The missing stations include Citizen TV, KTN and NTV.
KBC, Kiss TV and K24 are the only major local channels available.

Read: Agony For Thousands As Local Channels ‘Disappear’ From Startimes

For the past three days however, the pay TV provider has been passing messages to its clients, trying to explain why they are not providing local channels. According to the company, the three stations have pulled out of Signet, the company they’ve been using to air them.

The story is deeper and more complicated than Startimes is ready to admit. A few weeks back, Startimes was airing the three stations directly without any troubles, until they pulled out. The pay TV company had an elaborate exit strategy, because they immediately acquired rights from Signet, to air its over ten stations.
Among Signet’s channels were the three that had pulled out of Startimes, namely Citizen, NTV and KTN.
So, Startimes was still able to have the 3 stations via a back door.

This was not to last for long, because two weeks ago, they withdrew from Signet.

So, where does the feud between Citizen – KTN – NTV and Startimes start?

Some years back, the government invited tenders for the distribution of digital signal. Signet, a company partly owned by KBC and Pan African Network, PAN ( a company affiliated to Startimes), won the tender.
Citizen, NTV and KTN had formed a consortium, but lost the tendering process. Even today, they are still pressuring the government to approve a third license. CCK has until now rejected that request.

SK Macharia was especially vocal at the time of tendering, with claims of corruption in the tendering process surfacing. The stations’ heads are in agreement that Startimes got the license in dubious circumstances.

Apart from the tendering process where the three stations believe Startimes was favoured over their consortium, there have been complains that the Chinese are charging their subscribers for content that is free to air; specifically the local channels.
Startimes however defends itself saying it pays for rights to air other international stations, and it would make little business sense should their subscribers convert their decoders into free to air ones.

Startimes is now pleading with CCK to resolve the matter, as it threatens to cripple its local operations.
With the hype of digital migration, Startimes has been a popular choice among Kenyans, as it offers the cheapest services, starting at only Sh 500 a month. Their most expensive package is Sh 1999, as opposed to DSTV which charges in excess of Sh 6000.

7 Things You Did Not Know About Annabel Mbaru < Previous
MPs Want Lake Victoria Renamed Next >
Recommended stories you may like: