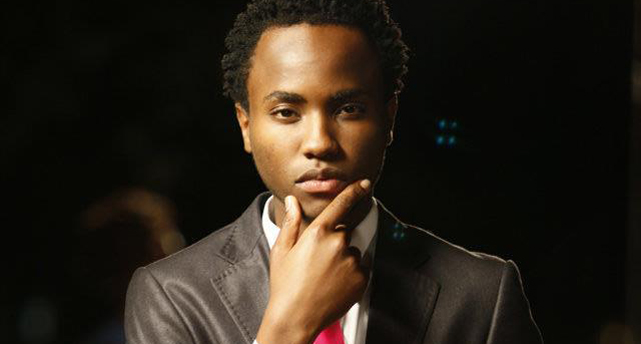 Actor and radio presenter Nick Mutuma, launched his music video last Friday at Skyluxx Lounge. It features Lyra Aoko, with the who’s who in the entertainment industry appearing in it.
This being his debut song, Kenyans expected ‘something’, but unfortunately, going by their reactions, the Shuga actor did not live up to their expectations.

The whole day yesterday, Mutuma was trending on Twitter and I really hope he did not read what people wrote about 254 Anthem, as the video is titled. Here’s a sample of what was said.

Mutuma releases a song, Obama skips Kenya. If he releases another song, i swear even peeps from Rongai won’t visit us..

So Nick Mutuma raps now? WHAT HAPPENED TO HAVING HONEST FRIENDS?”

Nick Mutuma’s music does to people what bullets did to Pistorius’ girlfriend.” So what do I have to do not to listen to the Mutuma’s song?

Music ain’t for everybody…hehe just butt out Nick Mutuma.. You cute tho, do pictorials dropping off your jeans and stuff!! That be cool..

Nick Mutuma is making Bamzigi feel like he is 2Pac.

He’s so lucky he is pretty,,,,coz﻿ this is just lazy work,,,,check sauti sol,even utawala by juliani ish!!!!

So President Uhuru is in Office Pretending that Nick Mutuma’s Decision to do music is Not Matter of National security. smh

Whether people were just joining the dissing bandwagon, so as to feel they belong, I don’t know, but the song is not as bad as some tweets would make you think.
Here’s the video; do you think it’s that bad?