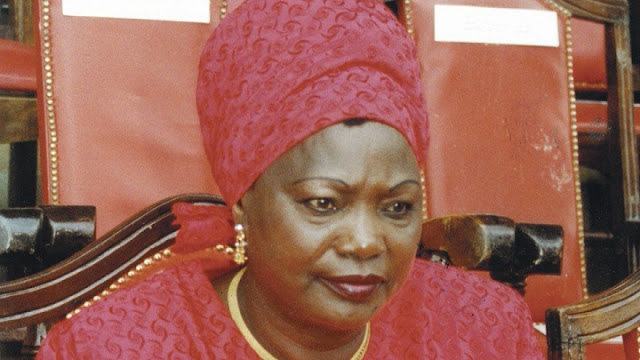 Kenya Power has listed Mama Ngina Kenyatta as its fourth largest individual investor, making the electricity distributor the only Nairobi bourse-listed company bearing her name on the shareholder list.

Filings with the Capital Markets Authority show that President Uhuru Kenyatta’s mother owns 2.2 million shares or a 0.11 per cent stake in the company, whose ownership is dominated by institutional investors like the Treasury and National Social Security Fund (NSSF).
It’s not clear when she acquired the minority stake, which is small compared to the multi-billion-shilling investments controlled by the Kenyatta family in real estate, insurance, education, banking, manufacturing, farming and hospitality sectors.
Very little is known about Mama Ngina, widow of Kenya’s first President, Mzee Jomo Kenyatta, and has managed to keep a low profile as she presided over the vast family business.
Her Kenya Power stake, currently valued at Sh37.7 million, has baffled analysts on reasons behind holding the minority stake in the electricity utility.
“If the share has not been hived off from a larger trust, it was certainly not bought for commercial reasons,” said Johnson Nderi, an analyst at Suntra Investment Bank.
Similar comments were made by an analyst at Standard Investment Bank. The former first lady earned a dividend of Sh1.1 million. Kenya Power declared a dividend of Sh0.50 for the year ended June 2012, up from Sh0.45 the previous year.
The firm’s shares have failed to benefit from the recovery of the Nairobi Securities Exchange (NSE), shedding 6.3 per cent over the past six months in a period that has seen most counters record double-digit gain.
As the matriarch in charge of the Kenyatta family’s vast business empire, Mama Ngina presides over an enterprise that is associated with well-known commercial brands and blue chip companies.
This includes Commercial Bank of Africa (CBA), which is Kenya’s largest non-listed lender with total assets of Sh100 billion and last year posted a net profit of Sh2.6 billion. The bank is ranked Kenya’s ninth largest with a market size index of 4.08 per cent.
Others are Brookside Dairy—where the President’s younger brother, Muhoho, sits as executive chairman, and the upmarket and chic hotel chain, Heritage Hotels East Africa.
The family is also linked to Media Max Company, which owns K24 TV, Kameme Radio and The People newspaper. It also owns thousands of acres of prime land across Kenya.
Kenya Power posted a 35.6 per cent rise in half- year net profit buoyed by rising demand and lower tax liability. The firm’s net profit grew to Sh3.1 billion in the six months to December 2012 from Sh2.3 billion in a similar period the previous year.
But its profit before tax grew at a slower pace of 5.05 per cent and a Sh642 million drop in tax liability lead to a faster growth in the net earnings.
The firm’s share has dropped from Sh18.95 on May 9 as investors continue to weigh news of an order by Deputy President William Ruto halting planned increases in electricity tariffs.

Mr Ruto had on May 9 ordered a stop to a planned raise of electricity tariffs following Kenya Power’s application for price review to the Energy Regulatory Commission (ERC). The move is expected to put a strain on Kenya Power’s profit margins.