Government Set To Buy Children Laptops at Sh 28,000 Each 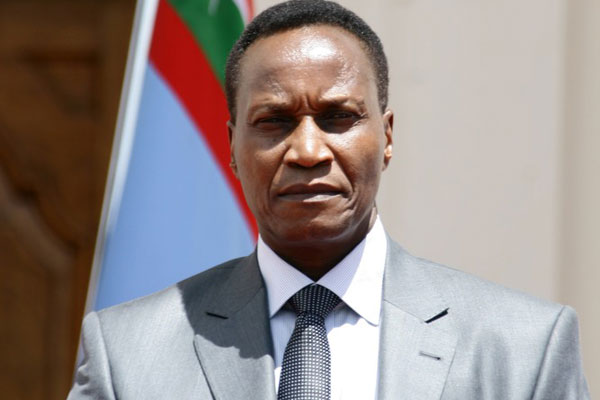 The government has identified 6000 primary schools to pioneer the laptops – for – schools project, in just six months.
The project will be implemented in three phases, with the first phase projected to cost Sh 22 billion.

Officials in the Education ministry estimate that 425,000 pupils will be provided with the laptops next year, out of the 1.3 million expected to join class one.
Education secretary Jacob Kaimenyi said that Sh 75 billion would be required for a one off implementation.

According to Kaimenyi, each laptop will cost Sh 28,000, a figure that is set to raise a lot of questions. When Njeru Githae was finance minister briefly after Jubilee won the elections, he went on record saying that each laptop was not going to cost more than Sh 10,000.
Questions are surely going to be asked why the price has tripled.

Last year, it was also reported that the Kenya Institute of Curriculum Development (formerly KIE), had developed laptops that would cost as little as Sh 900. Not much has been heard of the project since.
In the streets of Nairobi, a mini laptop can go for as little as Sh 19,000, on retail basis. Wholesale will be much cheaper.
Prices on solar powered laptops are just slightly higher.

The issue of software will also come into play, with Microsoft products particularly expensive despite their popularity.
It’s not clear whether the government is going for the costly option or whether they will opt for the free alternatives running on Linux operating system instead of Windows. According to IT experts, the Linux products, despite being free or very cheap, are not inferior to Windows Products.

The government is also facing the headache of schools with no electricity connection. According to Prof. Kaimenyi, only 10% of primary schools in Kenya have electricity connections.
Half the money in the laptops project, is going towards this, and installation of charging cabinets in schools.

Further, each school will receive four laptops, two projectors and a printer to be used by teachers.

Nakumatt Comes After Hawkers With Nakumatt On Wheels < Previous
Kenya’s Most Viral YouTube Video.. 1 Million Views in 5 Days – High School High Jump in The Rift Valley Next >
Recommended stories you may like: