Mithika Linturi and Jimmy Angwenyi Vow Not To Be Intimidated By Public Pressure, As They Fight For Their Pay Rise 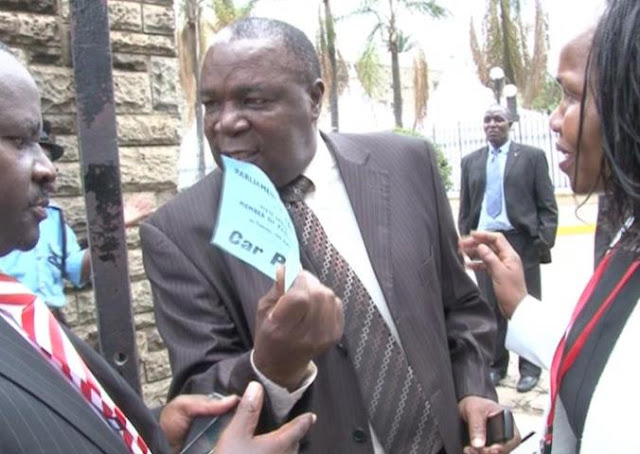 The two men at the forefront of fighting for members of parliament’s pay rise, Mithika Linturi and Jimmy Agwenyi, have vowed not to be intimidated by public pressure.

Mithika Linturi was hosted on NTV last night by Larry Madowo, where he tried to explain why the salaries and enumeration commission should be disbanded. The Igembe south legislator said that there was gross misconduct on the part of the commission, when they singled out Members of Parliament for a salary cut. He said that all other senior public servants were not affected by the new salaries announced by the commission recently. He added that Sh 500,000 is too little for a whole member of parliament.

The unforgiving Larry Madowo took him head on, but Linturi was clearly not expecting this question. “How many people in Igembe earn Sh 500,000 a month?”
Clearly surprised, Mithika replied that a good number of his constituent earn that amount, as they were very hardworking people. He should surely be ready to defend that statement when he visits his constituents next. Madowo then asked him why he is going against public opinion, to which he said that the country cannot be governed by public opinion.

Mithika, who was all along using the constitution to defend his actions of agitating for the disbandment of the salaries commission, was taken to task on why he was so eager to cite a constitution he rejected. He said that he had a right, as it had already been passed by the majority.

However, it was the off camera events that annoyed most Kenyans. Soon after the interview, Larry Madowo tweeted this message.

Jimmy Angwenyi was the 1st to call Mithika Linturi after our interview. Linturi told him ‘we must not allow intimidation’
— Larry Madowo (@LarryMadowo) April 18, 2013

The two public enemies (in the eyes of the majority) were giving each other motivational messages.
Will Kenyans let the MPs successfully award themselves a pay rise this time round?
© nairobiwire.com

Why You Should Not Marry A Nairobi Woman < Previous
Kenyans Against Mithika Linturi, For Leading Efforts To Award MPs a Pay Rise Next >
Recommended stories you may like: