Mike Rua Deported From The UK 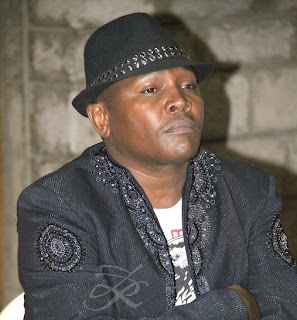 Popular one man guitar singer Mike Rua was denied entry to the UK at London’s Heathrow Airport by the UK Border Agency on March 29. Rua was set to tour the UK during the Easter holiday for a series of concerts dubbed Mugithi Wa Mike Rua Live In UK this Easter.His first show was set for Luton on March 29 followed by a Saturday show in Manchester.

The organisers sent out a statement about the incident. It read, “We are deeply sorry to announce that Mike Rua and his Drummer Muhamed will not be performing their Mugithi Easter Tour in Luton and Manchester this weekend as they have been denied entry to the UK at London’s Heathrow Airport by the UK Border Agency this afternoon.

“We as Exodus Events organisers are deeply sorry to anyone who had made prior arrangements to attend the event, and to the Venue Operators Tripple Em Foods and Club Elysee plus the Sound Engineer who had also prepared their services for this Tour.”

It continued: “Mike Rua’s entry denial is beyond our control and our appeal could only be heard next week Tuesday which is too late. However, the event will still go on in Luton with free admission at Tripple M Foods with Djs Josh Paps and Djcymoh Cy. We will announce New Dates for the tour once the appeal is cleared.”
Apparently once Rua was denied entry he was flown back on the next available flight.
the Star

Mutahi Ngunyi Thinks Fidel Odinga Will Replace His Father Raila As Luo Leader < Previous
As Our Governors Fight Over The Flag, David Cameron Takes The Train Next >
Recommended stories you may like: