KTN News Anchor, Eric Njoka Apologizes For Laughing At A Lady Who Had Been Stripped 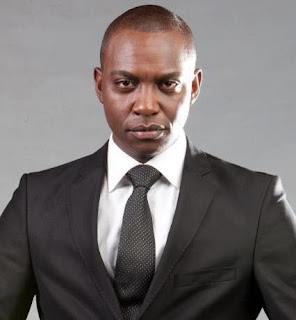 KTN news anchors Eric Njoka and Betty Kyalo have apologized for their indecent behaviour on live TV this Monday night.
The two reacted to a story by laughing out loud, and some Kenyans were not amused.
The story was about this Nyeri woman who had been stripped down at a bus station for ‘inappropriate dressing’.
Perhaps without knowledge on what’s the proper tone to adopt when introducing such as a story, the two chose to take a light one.

In a tweet, Njoka said that the reason for his laughing was not the story itself but the scripting.
Betty Kyalo was also reported to have apologized, but her tweet was missing at the time of this writing.

Apologies: #NOtostrippingofWomen may have come out as distasteful but No one was laughing at the lady, it was the scripting @bettykyalo
— Eric Njoka (@eriknjoka) April 2, 2013