By Ken   /   Monday, 22 Apr 2013 10:45PM   /   Leave a Comment
Manchester United fans world over were waiting eagerly for Monday night, when they were to be declared Champions for a record 20th time.
Fans in Kenya had already started streaming into clubs and entertainment spots from as early as 7 pm, despite the fact that it was on a weekday.

Indeed, the red devils beat Aston Villa 3 goals to nil, with Robin van Persie scoring all of them, thus taking the cup for the second time in 3 seasons and for the 20th time in their history. Their closest rival over the years, Liverpool, boasts of 18 titles, two less than United.

This lady was so sure United would win, and would not even wait for the final results. 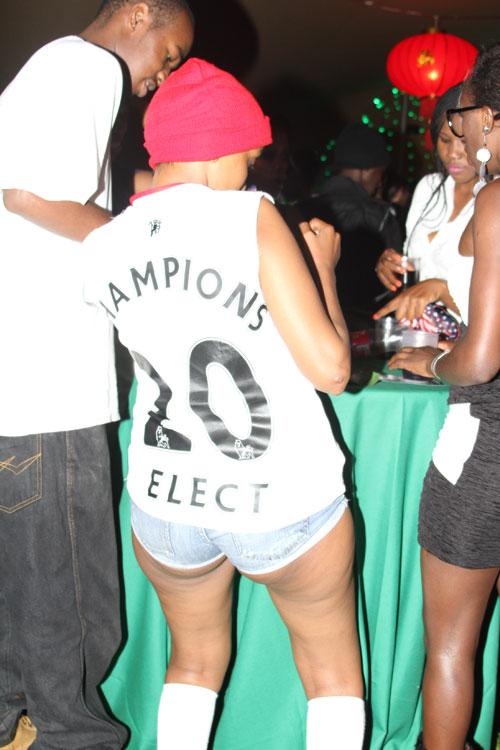