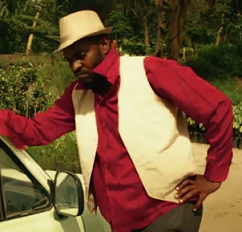 Bill Gates organized an enormous session to recruit a new Chairman for Microsoft
Europe. 5000 candidates assembled in a large room. One candidate was Njoroge a Kenyan living in USA.
• Bill Gates thanked all the candidates for coming and asking those who do not know JAVA programming to leave, 2000 people left. Njoro…ge said to himself, “I do not know JAVA, but I have nothing to lose if I stay. I’ll give it a try’”.
• Bill Gates asked the candidates who never had experience of managing more than 100 people to leave, 2000 people left and Njoroge said to himself “I never managed anybody by myself, but I have nothing to lose if I stay. What can happen to me?” So he stayed behind again.

• Then Bill Gates asked candidates who didn’t have a minimum of a Diploma in Business Management to leave. 500 people left the room. Njoroge said to himself, “I left school at 15, grade 7, but what have I got to lose?” So, he stayed in the room.

• Lastly, Bill Gates asked the candidates who do not speak Serbian to leave. 498 people left the room. Njoroge says to himself, “I do not speak one word of Serbian but what do I have to lose?” So he stayed and finds himself with one other candidate.
• EVERYONE ELSE HAS GONE.
• Bill Gates joined them and said, “Apparently you are the only two candidates who have all the required qualifications & experience I am looking for and speak Serbian, so I’d now like to hear you have a conversation together in that language. And……..”


• Calmly, Njoroge turned to the other candidate and in a horse voice said “We mwega mundu wa nyumba?”