Mwalimu Dida: I Have A Budget of Sh 40 Million… This guy is filthy rich 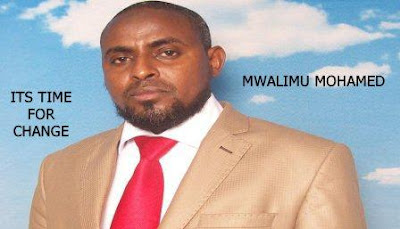 Mohammed Abduba Dida is still on the spotlight due to his stand-out debate performance on Monday night. Yesterday, he was trending on social media the whole day, with parody account after parody account coming up on Facebook and Twitter.

Dida was in the meantime having a very busy day offline, with TV interview after TV interview. Within the course of the day, the good teacher welcomed to his office Citizen TV, KTN and NTV. He was also interviewed by John Sibi Okumu of Kiss TV.
During these interviews, we learnt that the Dida is a very well off teacher, equipped with a decent office in Nairobi’s CBD. An office where all guests are not allowed to get in with shoes on. He leads by example by moving around in his socks.

In the evening, Abduba Dida was then hosted on Churchill Show by Dan Ndambuki, in what should be an entertaining episode this Sunday. Immediately after the recording of the show at Carnivore, mwalimu hurried to Nation House, where Larry Madowo was waiting for him. And to complete his last camera assignment of the day, Dida said he has a 100% chance of becoming Kenya’s next president, and to show how serious his bid is, he declared he has a campaign budget of 40 million dollars shillings, funded by well wishers and friends.
© nairobiwire.com

Jubilee Coalition Back In The Day (PHOTO) < Previous
Why Esther Passaris Is Not Answering Your Calls Next >
Recommended stories you may like: