Eric Omondi Appears To Crack a Joke.. As Churchill Hosts Kenya 7s on His Show 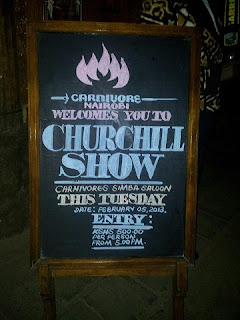 The season premiere of Churchill Show did not impress much, at least according to one viral open letter. For the first time ever, Eric Omondi failed to crack a single joke, even a boring one.
“His lifting of paper weights barely made a class 4 pupil laugh”, commented one Jackson Mutua on Facebook.

It is therefore very likely that Kenyans are waiting for this week’s show, to weigh their options on what to do on Sunday nights. The recording on Tuesday saw Kenya 7s make an appearance on the show.
In a series of ‘build up’ pictures released by Dan Ndambuki, Eric Omondi is also seen holding a mic, making faces. It is therefore very likely he gave a joke or two, unlike last week.
I think we’ll have to wait till Sunday night to formulate our next move. In the meantime, you can watch the season premiere here. (Embedded below) 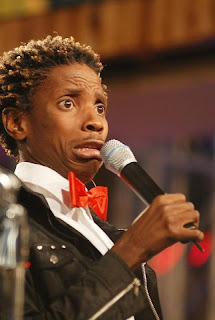 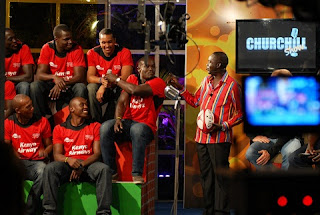 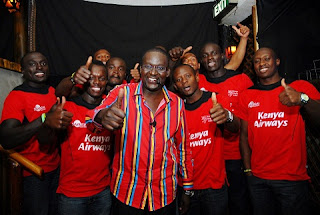 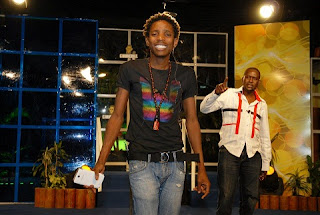 Veteran Nollywood Actor Justus Esiri Is Dead < Previous
Nairobi Wire Caught Pants Down Next >
Recommended stories you may like: