Smart Octopus Is Manifest Nonsense.. What Kenyans Think of Their Opinion Poll 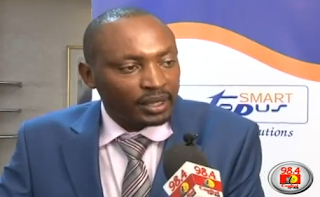 Smart Octopus is back. Yesterday, the Nakuru based research firm released an opinion poll that sharply contrasts all other opinion polls. The firm’s managing director, Samuel Chege alleges that they undertook the survey between January 20 and 22, and involved 2400 respondents.

From its findings, Uhuru Kenyatta leads with 45%, with Raila Odinga coming second with 32%. Musalia Mudavadi and Peter Kenneth come in third and fourth with 11% and 2% respectively. Martha Karua and Ole Kiyiapi tie at 1%.

As witnessed with the media blackout the Smart Octopus poll received, the research firm, just like its findings is very suspect. Among the media outlets that reported about the poll include: Capital fm, Kass fm and Inooro fm. All the others largely ignored it, as did many Kenyans. Below are some comments from twitter.

Are we all going to sit here and pretend that ‘Smart’ Octopus poll isn’t manifest nonsense?  – Larry Madowo

So there is another Pollstar called ‘Smart’ Octopus????..I don’t think they are smart enough!

How do you even name your company ‘Smart Octopus’ -a long-dead creature?

But who came up with the brand name Smart Octopus for a polling company anyway?? Were all the other words in the book already registered??

#Smart Octopus Ltd…Nktest, I could hear their accent on the presentation and know that they aren’t that smart.

Smart Octopus? who are this guys? I never heard of em. Can’t find their website either

smart octopus hq is in nakuru,thats where they got the 2000 respondents from.

Synovate, Infotrack or Smart Octopus are just but propaganda tools for respective coalitions!!

That name alone throws out any chance of credibility

Hahaha Smart Octopus is back. These are my former college-mates. We did the same course but I even don’t trust their analysis.

So even before we question the numbers.Where did this Smart Octopus firm come from?

If I comment on this ridiculous poll I would look stupid. But it is a business I want consider starting specially during election.

Thanks Smart Octopus for confirming what we all along knew you would do: put Uhuru in front. We would have been surprised if the results showed anything different. I’m just wondering which pollster to trust now. For the 2010 referendum results, Ipsos were off the mark by 2%, Infotrak were spot-on, and you were….? I am a social research student, and I don’t doubt your results. Results are not necessarily manipulated, but dependent variables can be.

Theatrics of the opinion polls now at play, it’s all about making sure people loose trust on them. Really ridiculous, only those not ready to change strategy in campaigns will deny synod ate results. The octopus seem not to be smart after all this time, maybe next time…….

Uganda’s Bebe Cool’s Hummer Filled With Diesel Instead of Petrol < Previous
List of MPs To Be Nominated Released. Mudavadi Listed By UDF. Margaret Wanjiru and Johnson Sakaja Included Next >
Recommended stories you may like: