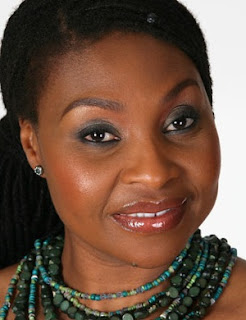 South African pop legend Yvonne Chaka Chaka declared on Tuesday that she would not let her husband have a second wife and warned he would have to go if he tried.

The star known as the “Princess of Africa” made the warning as she appeared at the UN headquarters with Puerto Rican singer Ricky Martin and UN leader Ban Ki-moon to demand that governments respect gay rights.

Chaka Chaka, who has had a stellar two-decade career starring in shows around the world and with hits such as I’m Burning Up, told reporters how her husband, Mandlalele Mhinga, is a prince of the Shangaan tribe.

“My husband is allowed to have three or four wives, but I would not let him. If he wants to go and marry someone else, let him go. He can do that.”

Chaka Chaka said women had to be allowed to choose if they want to be in a customary marriage and gays and lesbians had to be left to choose their identity.
“You choose where you want to go and that needs to be respected,” she said. “When I am being forced to be the second wife, that becomes a huge problem.”

She said her husband could “go wherever he can fly. You know. I will never allow him to have a second wife. And he knows that, that is why he chose me. If he wants to: Goodbye.”
AFP

Man Resembling Jesus Flees For His Life During Tournament As Hundreds Line Up For Autographs < Previous
Churchill And Eric Omondi Join Gor Mahia Technical Team Next >
Recommended stories you may like: