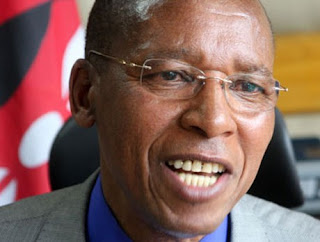 The National Gay and Lesbian Human Rights Commission (NGLHRC), has organized the Gay and Lesbian Awards. The awards committee picked the nominees from applications received until December 1st. According to Eric Gitari from the NGLHRC, the nominees ‘represent the diverse contributions and efforts currently in place to ensure LGBTIQ persons are recognized, respected and accorded their full menu of human rights.’
Below are some of the nominees for what has been dubbed Gay and Lesbian Awards of Kenya (KeGALA), as provided by Identity Kenya.
SHUJAA – Lifetime Achievement Award for ‘impeccable track record of service to LGBTI human rights’
UTUMISHI – LGBTI Community Organization Achievement Award for ‘service for and development of contemporary and creative measures for effective  exercise of  LGBTI persons’
SAUTI – Journalist Of The Year Award for ‘substantial, balanced reporting on LGBTI human rights issues in mainstream media’
DINI – Religion/Faith Award for ‘promotion of dialogue on faith, gender, sex, sexuality and Scripture/religious teachings’
SIMON MAMICHA’ AWARD for ‘greatest contribution in the fight against HIV among LGBTIQ individuals in Kenya’
MWAJIRI – Employer of the Year Award for ‘employers that have been non-discriminating in hiring LGBTIQ individuals, and are creating an affirming and supportive work environment and promoting sexual diversity and LGBTIQ culture in the workforce’
MWONGOZI  – Politician/Public Servant Award for ‘political leaders/ politicians who have contributed significantly to promotion of equality and nondiscrimination of LGBTIQ individuals, including challenging negative cultural attitudes, protecting LGBTIQ individuals from maltreatment and/or initiating campaigns to fight homo/transphobia’
The awards ceremony will be held at Charterhall on Saturday, December 15th 2012 from 6-9pm.
© nairobiwire.com
Nairobi Exposed Facebook Page Deleted < Previous
Manchester United And Arsenal Set To Swap Nani And Walcott Next >
Recommended stories you may like: