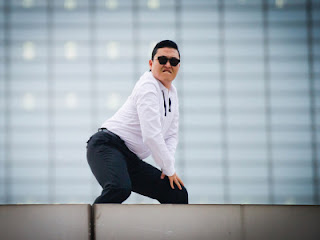 There are certain things that middle-aged men should probably steer clear of: buying a flashy sports car, dating a barely-legal hottie, succumbing to the allure of hair-in-a-can.
However, this week, after the death of a British dad, experts now warn that dancing “Gangnam Style” may be yet another middle age no-no.
As the Sun notes, 46-year-old Eamonn Kilbride was performing the energetic dance — made wildly famous by Korean pop star Psy — at his office Christmas party over the weekend when he suddenly collapsed and died.
It is believed that the father of three suffered from a heart attack.
“We were having a fantastic time at the Christmas party and Eamonn had just finished dancing to Gangnam Style. He was up on stage and entertaining everybody. He said he had a bit of a pain and just collapsed,” his wife, Julie, said, according to the Telegraph.
In the wake of Kilbride’s death, Professor Bernard Keavney, a consultant cardiologist at Newcastle University, has warned men to be “measured at Christmas parties and…[to not] stray outside your comfort zone.”
“The chance that you’ll come to grief is very small. But as with any form of untypical exercise…be somewhat measured. Let the lady dance around you,” he told the Telegraph. “I certainly wouldn’t say that people need to avoid Gangnam Style over the holidays. [But] if you’re unused to taking vigorous physical exercise, you shouldn’t throw yourself into violent exertion without due preparation.”

This isn’t the first time that a man has died from dancing. According to a 2007 Associated Press report, 48-year-old Robert Stitt died during a dance-off in a parking lot.
Over the last few months, a great number of public figures, including U.N. Secretary-General Ban Ki-moon, boxer Manny Pacquiao and Google Chairman Eric Schmidt, have all jumped on the “Gangnam Style” bandwagon. The viral pop sensation, which has racked up more than 900 million views on YouTube, took the world by storm after its release earlier this year.
While the trigger of Kilbride’s death may be considered bizarre by some, cardiovascular disease is not a light-hearted matter. According to 2009 statistics on the website of the Centers of Disease Control and Prevention, heart disease is the leading cause of death in the United States. Moreover, in 2010, more than 27 million “uninstitutionalized adults” had reportedly been diagnosed with heart disease.
Huffpost