FORMER Malcolm In The Middle star Frankie Muniz has been released from hospital after suffering from a stroke. 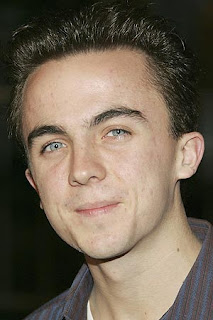 The 26-year-old American actor and musician is recuperating after being admitted to hospital on November 30.
Muniz, who shot to fame as a child star on the US telly hit, told fans of his stroke on Twitter.
He wrote: “I was in the hospital last Friday. I suffered a ‘mini-stroke’, which was not fun at all. Have to start taking care of my body! Getting old!”
Despite his health scare Frankie is in high spirits and has been tweeting about performing with his band in his home town.
He wrote: “Next Sunday night my band is playing a show close to where I grew up in Teaneck, NJ at Mexicali Live! Hope to see my old friends and family.”
The Sun
Why I Cant Quit Drinking < Previous
Mudavadi Agrees To Be Majority Leader And More Shocking Transfer Deadline Day News Next >
Recommended stories you may like: