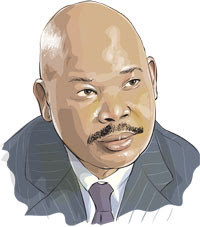 Among the winners was Sunday Nation columnist Makau Mutua. It is believed that some awards were given secretly, with the most talked about being one to a popular radio presenter, who has had to contend with gay rumours for years.
The presenter appeared for the presentation together with his lover of foreign origin.
Here is the full list of winners.. excluding the presenter. (Winners in Bold*)

THE GAY AND LESBIAN AWARDS OF – KeGALA 2012 WINNERS LIST


SHUJAA – Lifetime Achievement Award for ‘impeccable track record of service to LGBTI human rights’
UTUMISHI – LGBTI Community Organization Achievement Award for ‘service for and development of contemporary and creative measures for effective  exercise of  LGBTI persons’
SAUTI – Journalist Of The Year Award for ‘substantial, balanced reporting on LGBTI human rights issues in mainstream media’
DINI – Religion/Faith Award for ‘promotion of dialogue on faith, gender, sex, sexuality and Scripture/religious teachings’
SIMON MAMICHA’ AWARD for ‘greatest contribution in the fight against HIV among LGBTIQ individuals in Kenya’
MWAJIRI – Employer of the Year Award for ‘employers that have been non-discriminating in hiring LGBTIQ individuals, and are creating an affirming and supportive work environment and promoting sexual diversity and LGBTIQ culture in the workforce’
MWONGOZI  – Politician/Public Servant Award for ‘political leaders/ politicians who have contributed significantly to promotion of equality and nondiscrimination of LGBTIQ individuals, including challenging negative cultural attitudes, protecting LGBTIQ individuals from maltreatment and/or initiating campaigns to fight homo/transphobia’