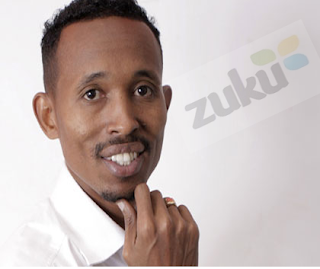 If you have been having problems with your Pay TV provider, it seems you’re not alone. KTN’s investigative reporter Mohammed Ali took to Twitter and Facebook to express his frustrations with his provider, ZUKU. Giving no elaboration, Moha wrote,

The comments that followed showed that Pay TV providers in Kenya do not live up to expectations. Some of those commenting came to the defense of their respective providers while majority joined Moha in his rants. Below are some of them.

Startimes is beter jst try it mkubwa and u wl enjoy to wch wt u want?  – Asman Ali

Startimes is not the best either,it comes with its shares of disappointments. – Bobby Ochola

wee Endelea kuharibu bizna za wenyewe tu. why could u not forward ur claims to their offices instead of stripping them naked in public. irresponsible journalism. SHAME – Caesar Kirimi

with zuku when it rains the signal goes down until it stops raining, its very frustrating esp if you use it to watch local tv, mpaka you wish, you were use the normal aerial – Robert Bishop

Zuku is the worst TV subscription service. They repeat movies til you master the movie script. Soon Hawatawesmek. – Matubia

For many days now, Kenyans have had this never ending debate; Which is the best Pay TV service in Kenya. Without a doubt, DSTV’s premium package has been regarded as the best, but very few people are willing to part with Sh6000 a month. DSTV has however been accused of repeating movies very often to the extent of boring the viewers.
ZUKU has come under similar accusations as its Multichoice counterpart. They are said to repeat movies very much. Its price has however been lauded, for its affordability. Unlike DSTV whose decoder plus installation is in the region of Sh15,000, Zuku goes for less than Sh6000.
Both Zuku and Dstv are nationwide, unlike their younger brother Startimes, which is only available in major towns.
Startimes however remains the cheapest of them all, currently retailing only Sh1999. This is partly attributed to the fact that with startimes you do not need a satelite dish. Your external antenna works just fine. Some of the accusations leveled against Startimes include poor signal quality characterized by constant ‘scratches’ and poor choice of channels on offer. However, it remains the most affordable Pay TV provider, with its cheapest package going for Sh 500 a month. Its classic package goes for Sh 1000, same as Zuku’s. Comparing the channels offered on this package, Startimes wins.
Both Zuku and Startimes have premium packages which go for Sh 2000 and comparing channels offered on this particular package, Zuku wins.
GoTV, the other Pay TV service, is only suited for those who sit all day watching ‘oga’ movies, or those who prefer watching football news instead of the actual game. Its price is however affordable.
With less than one month before the government switches off analogue signals in Nairobi, most people are still not sure which provider to go for. While many may end up buying the free to air set top boxes, some may prefer to take a step in life and start paying for the content on their TV. So, which is the best Pay TV provider in Kenya? Kindly vote below.
© nairobiwire.com
The King Is Back.. Thierry Henry Returns For Arsenal Again < Previous
Antivirus Millionaire John McAfee Arrested For Murder Next >
Recommended stories you may like: