Caroline Mutoko’s Article That The Star Refused To Publish 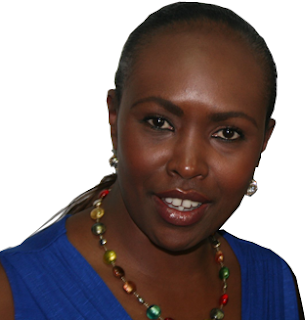 Kiss 100 presenter Caroline Mutoko weekly column on the Star newspaper was not published this week. The reporter pens the weekly ‘Mutoko on Monday’ and has often rubbed several shoulders the wrong way. Recently, she wrote a viral piece about Uhuru Kenyatta, which provoked a response from the latter’s campaign secretariat.
Following in the footsteps of Ciku Muiruri, Mutoko posted the entire article (that Star refused to publish) on her Facebook page. She did not give any possible reason as to why the editors chose not to publish it however.
Here is the full article.

Ninety days to Kenya’s Next general election and counting. I know we shouldn’t put numerical items in written articles, but just for emphasis – let me say this again – 90 days to go.
Sometime towards the end of last week, I saw several articles in the dailies talking about the poor turnout in the ongoing voter registration exercise. It’s news, infact it’s big news, but once again we missed the story. The IEBC is quoted as saying it might not be possible to meet the target of registering 18 million voters if the electorate is not educated on the importance of listing.

Mr Alawy (commissioner at IEBC) said that in some parts of the country, electoral materials were displayed for the whole day without anybody bothering to register. “I was recently in Ijara Constituency in North Eastern Kenya. Our clerks were sitting under a tree with all equipment. By the time I passed by in the evening, they had registered only one voter,” he said.
Mr Alawy challenged media to own voter registration instead of focusing on alliances, which would be meaningless without the voters. Ahhhh, now you’re talking.  I’ll tell you why voter registration is so poor. Three culprits. Me and you are the first. As someone once said on my show, Kenyans are waiting for a messiah to come and save them while they watch it live on TV from the comfort of their homes.

Second biggest culprit – my people. The fourth Estate whose job it is to shape our opinions, thoughts and conversations and also define the Kenya we want; has chosen to focus on the playground tactics of the politicians. And please don’t tell me the Fourth Estate has no mandate in this area. We marshaled this nation back to work in 2008. We asked for the killing to stop (not all joined us mind you). We ran a singular headline “ Save Our Beloved Country”. We aggressively sold the draft constitution and got behind the voter registration exercise and ensured we voted and celebrated the new constitution. But now that a landmark election is before us in 90days – we are playing games with the politicians, acting like their PR machinery. The brands who pay for advertising in our radio stations, Tv stations and newspapers, the people who actually pay our salaries don’t get that much added value. But for the entire political class, we give millions of shillings in airtime away for free. The media house I work for ends every news bulletin – 6am to 7pm with one message – get out register to vote. The IEBC is not paying for that – my news editor gets it.

Allow me to quote Mr. Alawy again “You are focusing more on alliances. Every day we read or watch stories of who will join who in the race to State House. Have the media paused for a minute and asked themselves, who will vote for these alliances if registration of voters continues with this pace?” Jalango and I got some flack for refusing to mention the front pages of ALL the papers including The STAR last week (they may fire me) and going straight to Victor’s cartoon and Word Is. The truth is, not a single politician has made a pact with us as Kenyans. Why should I spend a minute discussing their “retain-my job-salo-and-also-find-better-ways-to-eat” strategies. Why should I? What’s in it for me?

Which brings me to the other set of comedians who are to blame for the poor voter registration. These people who are running for office, what is wrong with them? Instead of urging Kenyans to register to vote, they are busy worrying if they will have a pay-check in 90 days – well, rightly so, but boss, how will you get into office unless we vote. The reason we can’t be bothered to step out and register is because there is no reason to.
Don’t you egomaniacs understand that the poor turnout is an indictment on your candidature? If you ask most Kenyans right now, they’ll tell you that no-one has given them a compelling reason to vote. Forget the polls – your litmus test for whether you are getting through is the number of registered voters. Remember 2002? Yes we were very clear, we were voting out Moi. Let’s not kid eachother that election was weird – we voted against someone not for someone.

Remember 2007? Yes – great registration. Remember the referendum of 2010? Once again we registered in record numbers. Oh, oh, oh even then our issues were clear – we wanted you to pay taxes, we wanted to be able to re-call you, we wanted our county governments, we wanted dual citizenship among others. We had compelling reasons to vote – for or against. Do you know why we haven’t beat a path to the registration centre – we are not moved. Don’t let the headlines kid you – if people aren’t registering to vote it’s because you haven’t given them a reason to. Yap, all your talk is hot air. This indictment is about each and everyone one of you from Kenneth to Ruto to Kiyiapi and beyond. I hear you love using the term “things are very different on the ground.” Yes they are, they look nothing like the tones of publicity you’re getting in media.

Back to media. Allow me to finish this article by once again turning the spot light on us.
Kempen chairman Charles Odhiambo said it so well. “We are Kenyan journalists and not journalists from Kenya. Therefore, using inciting words for the sake of selling will not save our businesses when this country burns again in 2013.”
90 days to go and counting. It’s time to get serious.

© nairobiwire.com
Man Goes Blind After Drinking Vodka, Restores Vision After Drinking Whisky < Previous
Why I Cant Quit Drinking Next >
Recommended stories you may like: