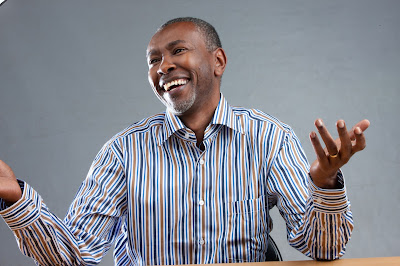 Tusker Project Fame’s no nonsense judge, Ian Mbugua has come out to give his stamp of approval for the political alliances that are popping up everyday. His reasons are however completely different from why many Kenyans support them.
In a possible reference to Uhuru – Ruto and the possible Raila – Kalonzo alliance, judge Ian wrote that the alliances are good in that they make it much easier to get rid of all of the ‘rotten’ leaders at once. “I like the coalitions being formed. Makes it so much easier to get rid of the rotten apples in one basket.” he wrote on his official Facebook fan page.
Ian has of late been vocal in matters politics including the controversial statement he made about two weeks ago, where he said that candidates tainted by the post election violence should not be allowed to vie. Most of his fans who support either Uhuru or Ruto were not amused by that statement, and the comment section said it all.
The good judge has all of a sudden become a political pundit, unlike his former self. While appearing on Jeff Koinange’s bench a few months back, Ian tried to avoid making any political remarks, despite Jeff’s insistence. All that is now history. The new Ian is no longer shy. He’s striking when the iron is hot, and his biggest casualties are everyone.
Some of his political remarks this past week include:

We need to weigh the pros and cons of voting in some leaders. Will they be accepted more Kenyans? Will they be shunned by international governments thus making us a pariah state?* Will they embark on settling old scores? Will they serve the entire country? Will they renege on their election promises?

The only way we are going to change this country and see true development is by electing completely new leaders. Re-electing those so-called frontrunners will be detrimental since they have no proven records, no new policies, are linked to scandals, practise divisive politics and come with has-been baggage that we need to see retired. Do you want change?

I still insist: those sychophants who can’t argue their case and resort to hurling abuses at those who do not share their views are small minded and downright idiotic! We will NEVER all support one candidate. This does not mean we can’t act with decorum and dignity. Let’s agree to disagree in a mature manner. I will continue with MY observations and views on the political scene. No one is forcing you to read them.:-)

* Possibly referring to Uhuru Kenyatta and William Ruto, considering their cases at the Hague and possible effects their government may bring along.
© nairobiwire.com
How A Town Incredibly Cleared All Its Debt < Previous
Andrew Kenneth Refuses To Rule Out Joining Politics Next >
Recommended stories you may like: