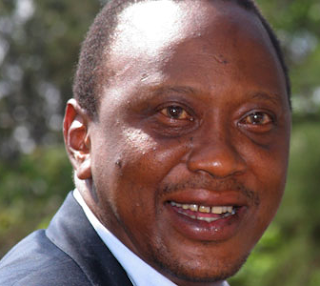 Deputy Prime Minister Uhuru Kenyatta on Tuesday took exception to being compared with German dictator Adolf Hitler by Star columnist Jerry Okungu in February this year.
Uhuru who is also The National Alliance (TNA) Presidential flag bearer said he does not qualify to be compared with “one of the most vilified persons in the recent history of the world.”
The DPM said although is accused of crimes against humanity at International Criminal Court (ICC), he remains innocent until proven guilty.
Uhuru was appearing before the Media Council’s Complaint Commission for cross examination in a case he has filed against the Star.
The column titled “What if Uhuru Ruto wins?” was published in the Star.
“The nation and the rest of the world will be stunned because their crimes against humanity will probably be in progress unless their appeal against confirmation hearings succeeds,” Wrote Okungu.
‘Their election will remind the world of populist Adolf Hitler of Germany in the early 1930s when he won the Germany election by landslide,” Okungu stated.
Uhuru said he is not opposed to media freedom but he has to challenge negative media articles because they have been used as a piece of evidence against him at the ICC.
d-post
Why Mohammed Ali Resigned From NTV < Previous
Serena And Venus Williams Fly Secretly Into Kenya Next >
Recommended stories you may like: