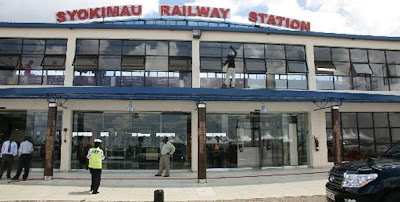 President Kibaki yesterday launched the Syokimau Railway Station. Together with his entourage, the president was among the first to use the new train service, when he took a 30 minutes ride from the station to the city.
The station is expected to serve thousands of commuters daily, with the main target being those who drive themselves to the city. It is equipped with amenities such as restaurants, ample parking and Wi-Fi.
A ride from the station to town will take less than 30 minutes, as opposed to the many hours motorists spend along Mombasa road during rush hours. The fare has been set according to the peak hours and off peak hours, with the latter being cheaper. Peak time from Syokimau to Nairobi is from 7 am till around 9am. On the other hand, peak time from Nairobi to Syokimau has been set from around 5 pm till past 8pm. The train however has its own time of arrival and departure, with the peak time having a window of only 30 minutes.
The station has set special rates for those who leave their vehicles there, then board the train to town. The following are the fare and parking charges at Syokimau Railway Station, courtesy of pesatalk.com 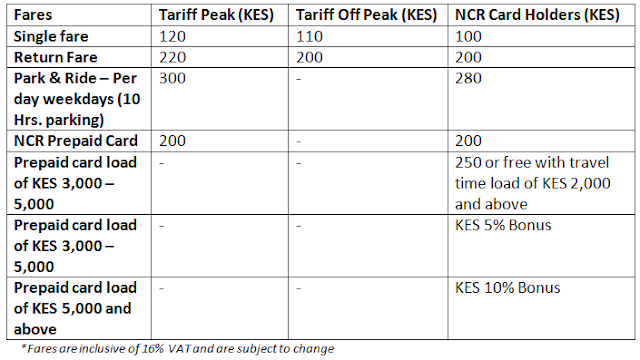 [Credits: Pesatalk.com]
© nairobiwire.com
Kenya To Manufacture Its Own Armoured Military Vehicles < Previous
Syokimau Railway Station In Pictures Next >
Recommended stories you may like: