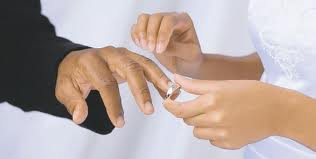 Towards the end of last week, there had been a lot of uproar over the bill that would ‘legalize’ come we stay unions after exactly 6 months. There had been very heated debates online and offline, with the women supporting it while men opposed it ‘with all their hearts’.
Supposedly, the bill, if it became law would give chiefs the power to register the ‘come we stay’ affairs as marriage after six months. This would then prepare the way for property ownership agreements between the spouses; something men were not particularly comfortable with.
In a statement released on Saturday, The Commission for the Implementation of the Constitution, CIC, clarified key facts about the Marriage Bill 2012. They are as follows:
© nairobiwire.com
Uhuru Kenyatta To Reward Gor Mahia < Previous
Chris Brown Coming To Kenya Next >
Recommended stories you may like: