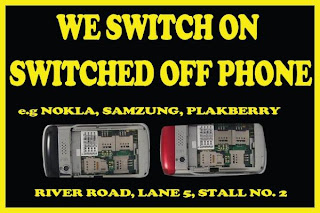 Several businessmen along the busy River Road in downtown Nairobi have seen an opportunity in the recent fake mobile phone switch off by the Communication Commission of Kenya . They have been ‘switching on’ the phones for a fee of Sh 1000.
CCK director, General Francis Wangusi said that the business started last week immediately after the switch off.
Wangusi said that they are able to identify a reprogrammed phone and they will be taking action against those undertaking the business. “We have sensitised everyone that it is illegal to sell such equipment in the country. We have even deactivated them from the networks but if they can still go ahead and try to perpetuate it, they will face the law. We will not be lenient to them… we will deal with them accordingly,” he said.
According to the director, most of those engaging in the business are vendors who had stocked fake phones, in a bid to sell them. He however urged Kenyans to avoid them and instead insist on genuine. “It cost no more to buy a genuine phone than to go and buy a reprogrammed fake phone. If you do the latter, you risk more in that you are losing money and you risk your health. We may have many vendors who had ordered many fake phones and they are now looking for an opportunity to make them look genuine,” he said.
About 1.4 million handsets were switched off, among them illegally imported genuine phones with particular network contracts, that had been reprogrammed to work in Kenya.
© nairobiwire.com
After Surviving Panga Attack, Amason Kingi Joins Karate Class < Previous
Author Micere Mugo Loses Daughter To Cancer Next >
Recommended stories you may like: