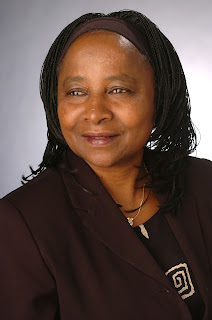 Micere Mugo, famous for the book she co-authored with Ngugi wa Thiong’o, ‘The Trial of Dedan Kimathi, has lost her daughter. Njeri Kũi Mũgo, died in New York on Thursday, October 4th, after fighting ovarian cancer since May 2012.
There will be a public viewing of the body at Burns Garfield Funeral Home, Syracuse New York this Friday, before her ashes being laid to rest at the Oakwood Cemetery on Saturday.
In a bid to honor their departed daughter, the family will establish a not for profit organization, which Njeri had envisioned before her departure.
Micere Mugo currently resides in the United States, after leaving the country following the 1982 attempted coup on Moi’s government. She was stripped off Kenyan citizenship but was later given Zimbabwean citizenship. Since then, she has worked, written and taught from abroad. She is currently a lecturer in Pan African Studies at Syracuse University.
May God console the bereaved family and rest the soul of Njeri Mugo in eternal peace.
© nairobiwire.com
River Road Businessmen Switching ON Switched OFF Phones < Previous
Government To Buy Willy Mutunga an Official Residence.. Bigger Than The Vice President’s Next >
Recommended stories you may like: