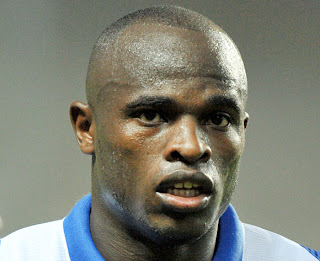 Two siblings of Kenyan International Dennis Oliech have sued their mother over a piece of property worth Sh 40 million. Elsie Oliech and Kennedy Oliech are accusing their mum of colluding with Kenya Commercial Bank to sell a family building.
In an application labelled urgent, the two have sought orders restraining their mother and the bank from either advertising for sale or selling the building. According to Tom Wachakana, their lawyer, the building valued at over sh 40 million was bought by the Auxerre player in May 2006 for his siblings. Their mother was listed as a trustee on behalf of the family.
The two were shocked to learn that their mother wanted to sell it secretly, to offset a Sh 2 million loan she took from KCB in 2010. Further, the say that their mum wants to dispose off the property at a meager Sh 20 million. High Court judge Joseph Mutava certified the case as urgent and ordered the family to appear before him on October 17. Dennis Oliech is already in the country and is expected to participate in the hearing.
© nairobiwire.com
Najib Balala Financing MRC [Full List] < Previous
Raila Drove Himself To Ruto’s Meeting In A Pajama ?? Next >
Recommended stories you may like: