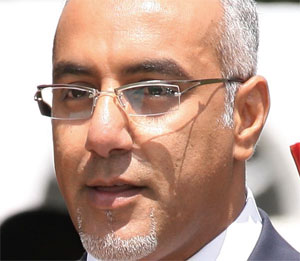 Just two days after nominated mp Mohammed Dor defended the MRC, just coming short of admitting to funding them, it is emerging that another high profile member of parliament is funding the Mombasa Republican Council. In a list published by blogger Dennis Itumbi, Mvita MP Najib Balala features among 8 individuals allegedly funding the group.
Since the courts refused to declare MRC an illegal grouping, the police have found it difficult to take action against its leaders and financiers. The police are however still looking for something that may compel the court to declare it illegal, simplifying the job for everyone. Guided by the court ruling, several coast politicians including Mohammed Dor have publicly stated that they find no wrong in funding the activities of the group.
This is the list of those believed to be funding the MRC.
1. Najib Balala – MP Mvita
2. Sheik Dor – Nominated MP
3. Masudi Mwahima – Likoni MP
4. Mohammed Zebedi – Tycoon
5. Ibrahim Babanginda – Chairman Mvita CDF
6. Francis Mbaya
7. TSS – ?
8. Unnamed director at Mombasa Millers
[Credits: Dennis Itumbi]
© nairobiwire.com
Kenya’s Gangnam Style.. (Best of Social Media This Week) < Previous
Dennis Oliech Siblings Sue Mother Over Sh 40 Milllion Property Next >
Recommended stories you may like:

Ngirici: My Academic Certificates are Genuine