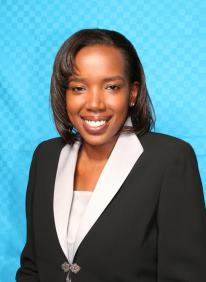 Citizen TV’s news anchor Kirigo Ng’arua has been the latest victim of social media identity theft. David Kitheka Mutua, an IT specialist from Kangundo , had set up a Facebook page with the anchor’s details, and was using it to ask for money from fans.
Kitheka was yesterday arrested by police following days of intense tracking. Incidentally, he was arrested at an mpesa shop withdrawing his loot.
Kitheka, on the fake Kirigo page, often posted the whereabouts of the journalist, to make it look real. On one post, the IT specialist wrote that ‘she’ was on her way to Isiolo to cover a particular story. The comments that followed showed that the fans were not suspecting a thing. This went on for a while, and on one occasion he asked for money from the fans claiming that ‘her’ mother was sick. Some how, Kitheka had registered for an mpesa account using Kirigo Ng’arua’s name, making the mpesa transactions look legitimate to the donors.
Police estimate that he gained close to Sh 10,000 this way.
Kitheka later apologized to Kirigo claiming he is just another jobless man trying to make ends meet. He said that he returned from Uganda recently and currently had no job. According to him, he only needed Sh 18,000 to rent a servant quarter in Nairobi, and while there, he would tarmac. This is despite him living in a lodging in Kangundo.
Kirigo Ng’arua said she was alerted by her friends of this con artist, before she reported the matter to the police station. Kitheka was tracked down using mobile signals.
© nairobiwire.com
Luo English Vs Ordinary English < Previous
Caroline Mutoko Has A Crush Next >
Recommended stories you may like: